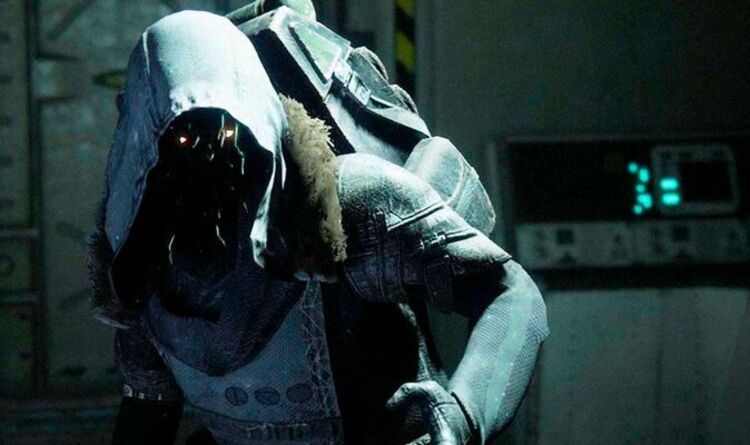 Destiny 2 players will be hunting for Xur once again today with the merchant dropping into the hit Bungie game at a new location. Last time around Xur was at one of his regular hangouts, in the EDZ at the Winding Cove on a cliff. At 6pm UK time today Xur should be moving to a new spot, with Destiny 2 players having to search for where he’s now set up shop.

Once Xur’s location is discovered for today then Express.co.uk will update this article with the latest information.

Xur will stay in his new location until the next weekly reset. If you’re wondering what Xur could be selling then here’s what Xur had in stock last time around, to give you a flavour of the types of Exotics on offer…

In the run-up to Xur dropping back in the Destiny 2 makers released its latest This Week at Bungie blog post.

And in Bungie revealed one new feature that could be arriving in season 17 – the ability to revisit fan favourite previously released dungeon and raid content.

Bungie explained: “As players continue exploring the Throne World and uncover the true nature of the Witness’s influence, we’ve heard your desire for reasons to return to previously released raid and dungeon content loud and clear. One way we’re freshening up the raid and dungeon experience in Destiny 2 is by developing a new rotation of featured content that we think you’ll like starting in Season 17. This is designed to make raid and dungeon content a bit more enticing over the course of a Season, while also providing more ways to play when jumping into different activities with friends and clanmates.

“Essentially, we’re breaking up our new Rotator system into Seasonal and Weekly categories so that players can have a little additional freshness when taking on the weekly hunt for power. Let’s start with our Seasonal rotation, since this implementation is short and sweet.

“Each Season, the newly released raid and dungeon will grant Pinnacle rewards for all encounters. As an example, in Season 17, Vow of the Disciple and the upcoming [REDACTED] dungeon. Outside of these, we’ll have a raid rotator and a dungeon rotator, each offering a Pinnacle reward once completed.

“For those wondering about the weekly rotation, this particular inclusion will have a chance to feature all raids and dungeons not listed as the Seasonal rotation. Want to revisit the Vex in Garden of Salvation? Do it! Want to go toe-to-toe with Riven because you like to feel hungry for that wildly impressive (and stressful as all heck for players like me that are prone to panic) final encounter? Weird, but get on with yo’ brave and Light-driven self. Get that bread.”