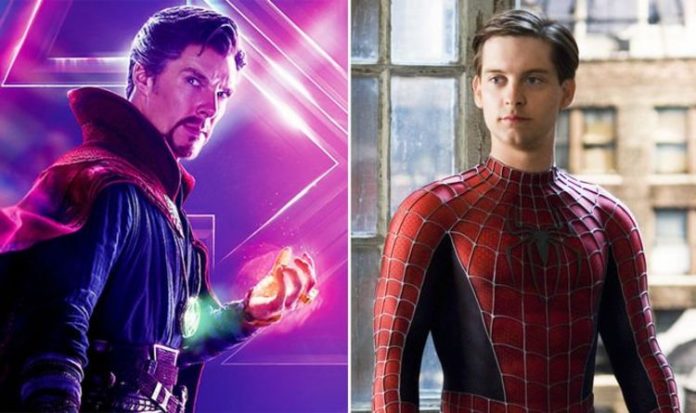 Following a year of rumours, Tobey Maguire and Andrew Garfield’s Peter Parker variants showed up for substantial roles in Spider-Man: No Way Home’s third act. But who’s to say that’s the last we’ll see of these two Sony stars in the MCU? Marvel fans have speculated for some time now that with Sam Raimi directing Doctor Strange in the Multiverse of Madness, it would make a lot of sense for Maguire to pop up there too and reunite with his old collaborator.

WARNING: POTENTIAL SPOILERS AHEAD. There’s even a scene in Spider-Man 2 where Doctor Strange, is mentioned so maybe this is an Easter egg way in for a cameo by Maguire.

Whatever the case, there seems to be cryptic evidence that the original Spidey will show up for the Multiverse of Madness this May.

The snap showed her with Manolo Rey, her equivalent dub voice star for Maguire’s Spider-Man, who was shown wearing a T-shirt of the three Web Slingers from No Way Home. Torres captioned the snap: “Good things are coming!!!”

If that wasn’t enough, there are further suggestions that we’ll be seeing the 2000s Spider-Man in Doctor Strange 2.

At the time of writing, the new Marvel movie has so far made $1.691 billion worldwide, making it the sixth highest-grossing film of all time.

Allegedly, the idea for Spider-Man 4 is an animated film like the Oscar-winning Spider-Man: Into the Spider-Verse. This would mean such a film could be set before No Way Home when Maguire’s Peter Parker was younger.