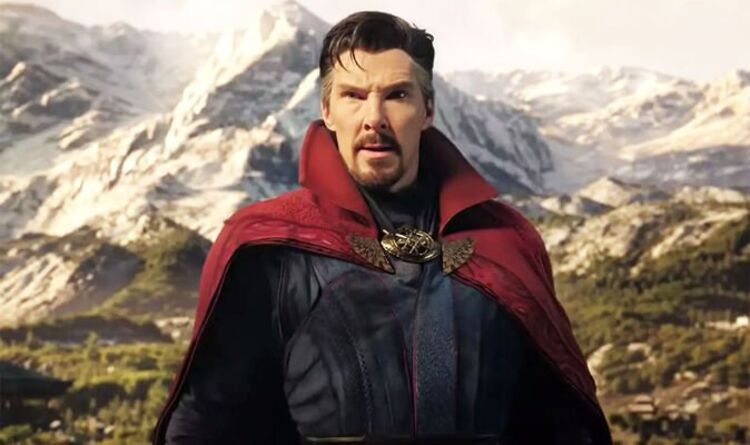 If you thought the hype was huge for Spider-Man: No Way Home, Marvel fans are now gearing up for Doctor Strange in the Multiverse of Madness. Benedict Cumberbatch’s sorcerer played a supporting part in the last MCU movie with three Peter Parkers and now he’s ready for his own adventure across alternate realities. Now the latest report claims there are going to be spoilerific surprises in the latest Marvel movie that will be even bigger than fans could possibly imagine.

John Campea, who leaked set pictures of Tobey Maguire and Andrew Garfield on the set of Spider-Man: No Way Home, thinking they were fakes when they really were not, has shared some tantalising news.

This means Doctor Strange in the Multiverse of Madness is so full of spoilers that Marvel wouldn’t even think about screening the new MCU film early at CinemaCon at the end of the month. But there’s more.

Campea continued: “In the email, they went on to say this, they said, ‘There’s more security [for this movie] blah blah blah.’ But the key line was this: ‘There are more big surprises in Doctor Strange 2 than in Infinity War, Endgame, and Spider-Man: No Way Home combined.’”

Now that is a huge claim. The last two Avengers movies and No Way Home were full of spoilers, surprises and deaths.

So just how could Doctor Strange in the Multiverse of Madness top that? It has to be those rumoured cameos.

Another big rumour is that Tom Cruise will be playing an evil Tony Stark variant called Superior Iron Man.

There are even rumblings that John Krasinski has been fan-cast as Reed Richards of the Fantastic Four and Chris Evans will play an evil HYDRA Captain America.

With the multiverse open, it just feels like anything is possible for the MCU going forwards.

Doctor Strange in the Multiverse of Madness hits UK cinemas May 5, 2022.