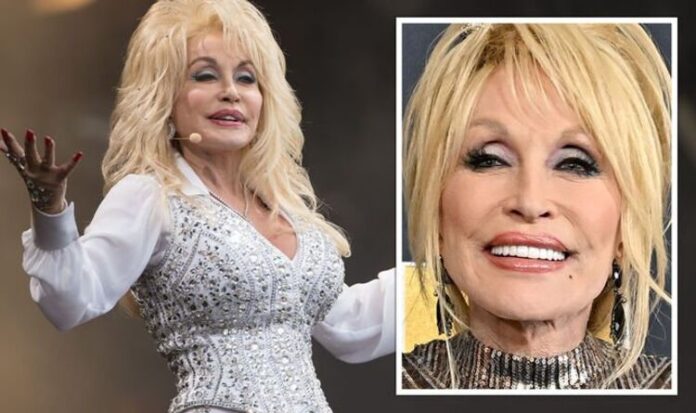 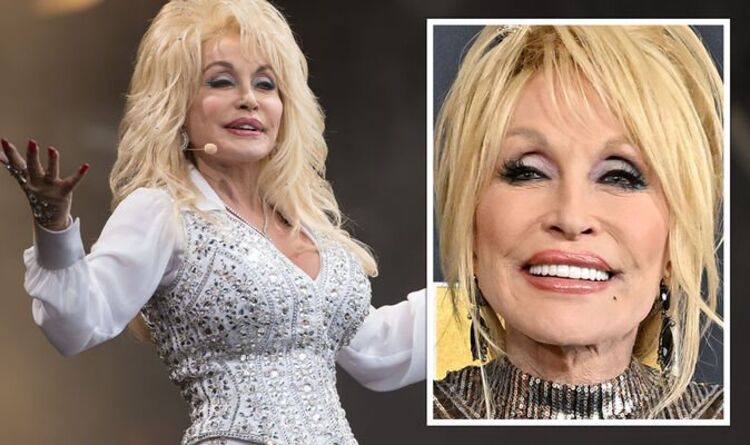 The US singer-songwriter, 76, stars in classic comedy ‘Steel Magnolias’ on Channel 5 this afternoon. The country legend plays Truvy Jones, a beauty salon boss who runs operations from her home in a small Louisiana town. Her character hires Annelle Dupuy, a newly arrived beauty school graduate played by Daryl Hannah. The story centres on the friendship of a diverse group of women who support one another through tragedy.

Although Dolly has appeared in a string of films, she is best known for her hits such as ‘9 to 5’ and ‘Jolene’.

While she has delighted her fans with her music for decades, Dolly has privately been fighting a stark health battle.

In a throwback interview, the five-foot entertainer opened up about putting on 50lbs, which meant her “strained” body “couldn’t hold up”.

Her comments feature in the 2017 book, ‘Dolly on Dolly: Interviews and Encounters with Dolly Parton’, in which Randy L. Schmidt pulled together some of the best interviews from her career.

JUST IN: Before We Die: Will there be another series? Lesley Sharp talks Channel 4 drama’s future

In one, Dolly said: “I was always just a hog, I still am. I’m short and I have a big appetite. I can’t do nothing just a little.

“It’s hard for me to love a little, have sex a little, to eat a little. I like to do everything and I like to do it all the way that I want to do it.

“On top of being medicated, Dietin’ Dolly would go on liquid protein, Scarsdale, Atkins, the water diet, then I’d binge, diet, gain, start all over again.

“Eventually my system wouldn’t work anymore. My body couldn’t hold up under that strain.”

Dolly was taking antibiotics and steroids after suffering from intense abdominal pain and bleeding.

“If it makes you feel your best self – and as long as you don’t get your plastic surgeon from the Yellow pages – what’s wrong with it?”

Dolly also mentioned her husband Carl, who she married in 1966, but who largely remains out of the public eye.

The singer said: “He doesn’t care if I’m fat. He was never turned off.

“He is a fool enough to think I’m the sexiest, prettiest woman in the world.”

‘Dolly on Dolly: Interviews and Encounters with Dolly Parton’ was written by Randy L. Schmidt and published by Chicago Review Press in 2017. It is available here.