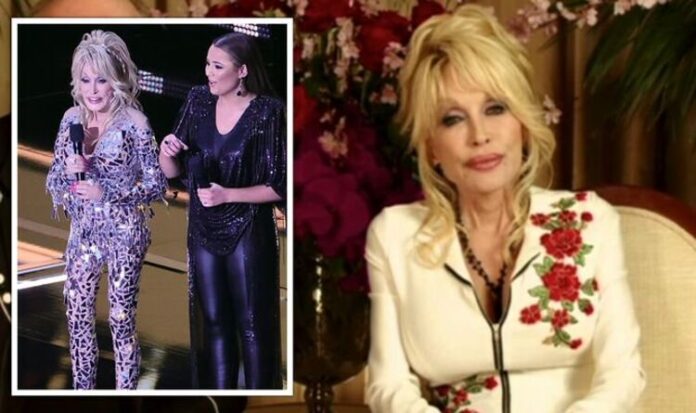 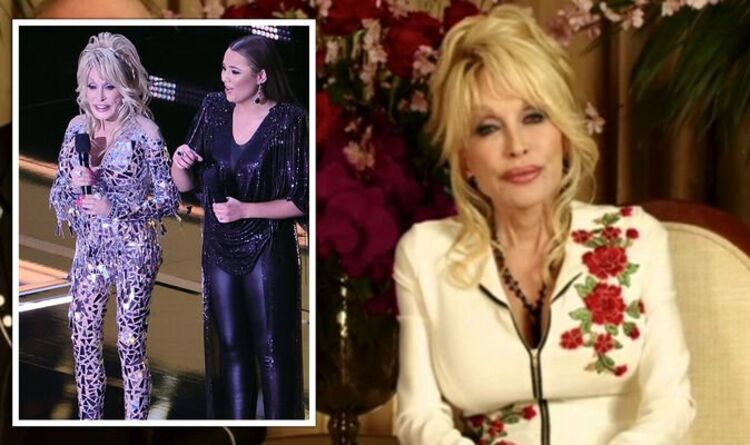 Country music legend Dolly Parton appeared via video link on Tuesday’s instalment of The One Show. The Tennessee singer was interviewed by hosts Lauren Laverne and Jermaine Jenas about her decision to pay her respects to the people of Ukraine at the Academy of County Music Awards on Monday night. Dolly admitted she “could not enjoy” herself at the event without acknowledging the sorrow Ukrainians are going through as the conflict with Russia continues.

Lauren asked: “Dolly, I do want to touch on the fact that you were at the Academy of County Music Awards last night and you showed your support for the people of Ukraine.

“Tell me about the choice to do that and that moment last night.”

The 76-year-old singer explained: “Well I felt it was not only important but urgent to do it because there is so much grief and so much sorrow.

“I just can’t help feeling like that is just home and I just feel for those people as if they were my own people.

“I just feel like we need to say or do something whenever we can, but I just felt like I couldn’t enjoy myself without at least acknowledging them.

“With us having the freedom that we have I felt it was necessary that we take a minute to acknowledge and pay respect to them with what they are going through.”

While speaking at the awards, Dolly, who was dressed in a silver mirrored catsuit, called on the world to support people affected by the Russian invasion.

She dedicated the awards to the people of Ukraine, and urged viewers at home to “pray for peace”.

Harry Potter author JK Rowling has pledged to match donations up to £1million and actor Benedict Cumberbatch encouraged fans to support the war-torn country when his Hollywood Walk of Fame star was unveiled.

Mila Kunis, who lived in Ukraine until she was seven, has set up a fund to support Ukrainian refugees with her husband Ashton Kutcher.

According to the latest data, more than two million people have now fled Ukraine because of the Russian invasion.

Since Russian President Vladimir Putin launched a full-scale invasion on Ukraine a total of 406 civilians have died, with 801 injured, according to the United Nations.

However, it has been widely reported the real figure is likely to be much higher.

On Wednesday, Ukrainian President Volodymyr Zelensky vowed to fight Russia “in the forests, in the fields, on the shores and on the streets”, in a historic address to MPs.

The emotional speech was met with a rare standing ovation and applause.

The One Show continues on weekdays at 7pm on BBC One.