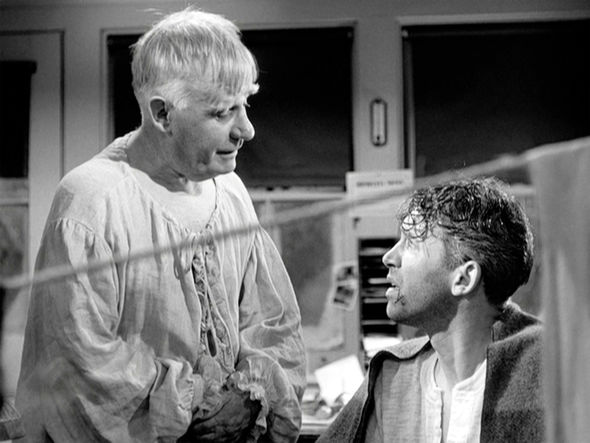 Today marks the 75th anniversary of the release of the Christmas classic ‘It’s A Wonderful Life’. It is based on the short story and booklet The Greatest Gift, and is in turn loosely based on Charles Dickens’ ‘A Christmas Carol’. Hollywood legend James Stewart plays George Bailey, a suicidal businessman.

An angel, named Clarence, is sent to help George, and shows him what life would have been like had he not been born.

It is widely considered one of the greatest films of all time, nominated for five Academy Awards, and has been recognised by the American Film Institute as one of the 100 best American films ever made.

Yet it flopped initially, sparking disagreements between cast members.

An administrative error meant the copyright expired, and Frank Capra’s film fell into the public domain.

Every TV station across America could air it for free — so they did, relentlessly, helping transform the film into a Christmas classic.

It now has a 94% approval rating on Rotten Tomatoes, and continues to air annually during the holidays on NBC, who bought exclusive television rights in 1994.

Upon the film’s release, Mr Stewart blamed the film’s failure on Ms Reed.

Ms Reed’s daughter, Mary Anne, once said: “I don’t like to mention this, but Capra and Jimmy Stewart had this whole success together before the war with ‘Mr Smith Goes to Washington’ and all of that.

“Everyone participated in the war effort, but especially those two and they were gone from Hollywood for four or five years.

“There was a lot of insecurity on set, because Jimmy Stewart wasn’t sure if he wanted to act anymore. He thought it was too frivolous, but Lionel Barrymore and others talked him into it.”

Mr Stewart became the first American film star to enlist in the US Army to fight in World War 2.

After his war experiences, he considered returning to Pennsylvania to oversee the running of his family’s shop, but was persuaded to return.

Mary Anne continued: “So, there was this insecurity on the set and mum was really not that well known. I mean, she was only 25 and I think signed her MGM contract at 21.

“He blamed her, because she wasn’t as well known.”

Mary Anne added her mother was “quite happy” with the film.

Donna passed away in 1986, by which point the film had become a stalwart of the holiday season.

Mary Anne said: “By the early Eighties it was on constantly and we always watched at Christmas. She was so happy that it was so popular.”

Despite the film’s initial failures, its long term success lives on.

Three colourised versions have been produced. It has been adapted for radio, for musical, and into a stage show.

A purported sequel was also in development and scheduled for release in 2015, but Paramount did not grant permission for the film to be made, and no further developmental plans have since been made.

It’s A Wonderful Life airs on Channel 4 on Christmas Eve at 2pm.