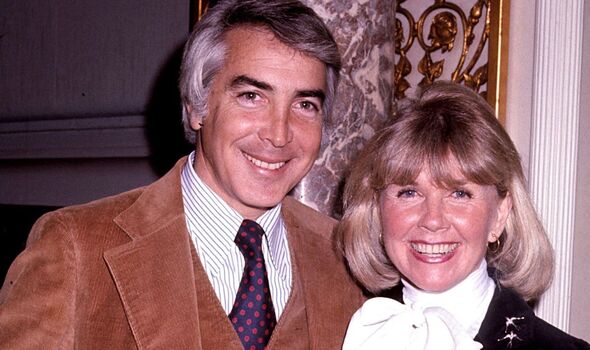 Doris stars in classic film ‘Calamity Jane’ which is broadcast on BBC Two this afternoon at 1:50pm. The musical comedy western follows Calamity Jane, a cowgirl who is as hard-riding, boastful and handy with a gun as any of the men in Deadwood. However, when Jane brings a glamorous singing star to the Deadwood saloon, her new friend turns into a love rival as the pair try to win over an army lieutenant, Danny Gilmartin.

The film, which is loosely based on the life of Wild West heroine Calamity Jane, won an Oscar for Best Original Song and received a further three Academy Award nominations upon its release.

Its protagonist is played by Doris, who was one of the biggest film stars of the Fifties and Sixties, capable of wowing audiences in a range of genres including musicals, comedies, dramas and thrillers.

While Doris was one of the most beloved actors of the Hollywood Golden Age, her life away from the camera was marred by a string of turbulent and devastating marriages.

Read More: Henry Cavill Superman ‘will be replaced by Supergirl in The Flash’

When a 23-year-old Al first met the 16-year-old starlet he asked her out for a date.

Upon the proposition, the Evening Standard claims Doris told her mother: “He’s a creep and I wouldn’t go out with him if they were giving away gold nuggets at the movie!”

However, Al eventually wore her down and the pair married only a year into dating in 1941.

Doris, who was fast becoming a star at the time, initially wanted to leave the glamour of Hollywood behind to settle down and have a normal life with Al.

The Evening Standard claimed she said: “It was the only ambition I ever had. Not to be a dancer or Hollywood movie star, but to be a housewife in a good marriage.”

It was not long into their marriage that Al’s abusive behaviour emerged.

The musician reportedly beat his wife regularly ‒ once because he was jealous she gave his band member a kiss on the cheek, and another time because she appeared on the cover of a magazine in a swimsuit.

Doris is said to have lost count of the number of times Al called her a “dirty w****”.

Most shockingly, Al allegedly beat Doris severely when she fell pregnant and refused to have an abortion, hoping to induce a miscarriage.

The beatings are said to have continued throughout her pregnancy, as well as after her son Terry was born.

The couple divorced after just two years together in 1943, only for Doris to get married again three years later to saxophonist George Weidler.

The pair’s relationship raised eyebrows before they were husband and wife, as Doris and George were said to have shared hotel rooms before their wedding.

Unlike Al, George wasn’t violent, yet he allegedly resented being stepfather to Doris’ son Terry.

He also had a wandering eye, and is said to have cheated on his wife throughout their short marriage.

Doris and George divorced in 1949, having been married for just three years.

In 1959, a 29-year-old Doris married her third husband Marty Melcher, and the couple were together until the film executive’s death in 1968.

Doris married her last husband Barry Comden in 1976 at the age of 52 (Image: Getty)

He allegedly pushed her into taking roles that would earn her big money, before secretly embezzling funds from her bank account.

Marty also beat Doris’ son Terry, causing a feud between the couple that led them to live separate lives for their later years of marriage.

Doris married her last husband Barry Comden in 1976 at the age of 52.

The couple stayed together for five years but the pair eventually called the marriage off due to incompatibility.

A source of conflict was Doris’ affection for her pets, with Barry having complained that she liked her dogs more than him.

He told the Sunday Mail in 1996: “She had 14 dogs, and the final straw was when I was kicked out of bed to make way for Tiger, a poodle”.

Watch ‘Calamity Jane’ on BBC Two this afternoon at 1:50pm.