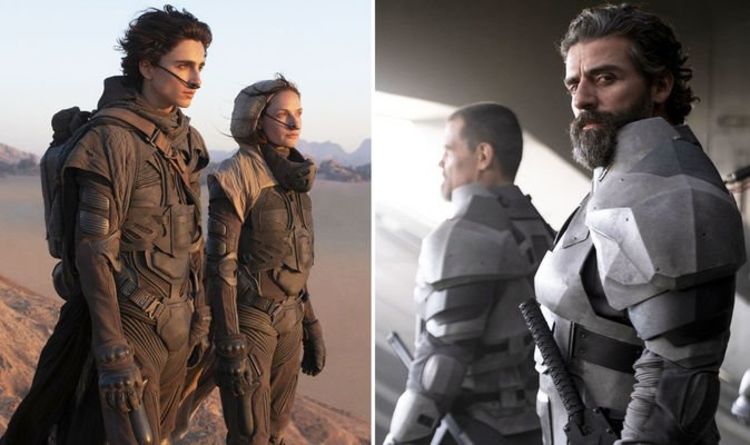 The long-awaited new adaptation of Frank Herbert’s 1965 sci-fi classic was originally supposed to hit cinemas this December. However, due to the on-going pandemic, Dune has been pushed back all the way to October 1, 2021. While fans may be disappointed, Frank’s son Brian Herbert has given his first reaction to the movie and response to the delay.

Brian Herbert tweeted this morning: “Denis Villeneuve, the filmmakers and the cast have created a truly epic cinematic experience that is best viewed on the big screen.

“The new release date will allow even more of our global audience to safely and comfortably enjoy the film in theaters as it was always intended.”

Frank’s son also celebrated what would have been his father’s 100th birthday last week.

The acclaimed sci-fi writer died in 1986, aged 65-years-old, of a massive pulmonary embolism, while recovering from surgery for pancreatic cancer.

Brian FH Clement added: “To be honest, it’s not exactly how I pictured the universe of Dune when I first read the book (it never will be) but that’s a good thing.

“I really like the look Villeneuve has created and I think it’s going to be spectacular.

“I think this will blow people away the way LOTR did 20 years ago, the way Star Wars did 40 years ago. It’s not Jodorowsky or Lynch, but maybe Villeneuve has filmed the unfilmable.”

After being first published in 1965, Dune was first adapted into a movie by David Lynch in 1984 but famously flopped.

The official synopsis reads: “A mythic and emotionally charged hero’s journey, Dune tells the story of Paul Atreides, a brilliant and gifted young man born into a great destiny beyond his understanding [He] must travel to the most dangerous planet in the universe to ensure the future of his family and his people.