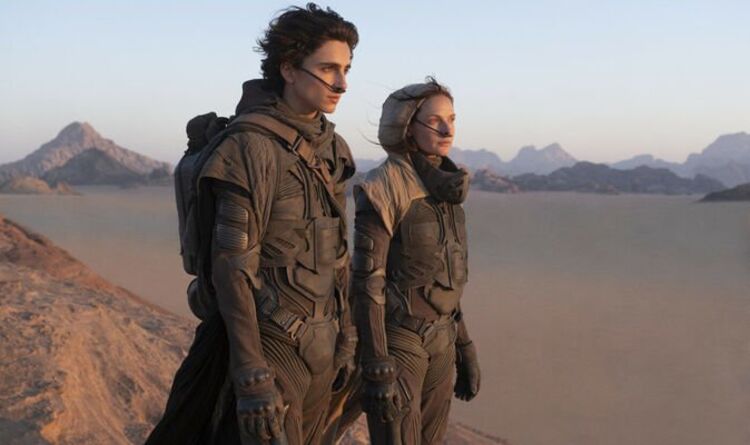 Dune is still making waves in the film industry after it recently received no fewer than ten Academy Award nominations. And the epic journey is about to continue, with Dune Part Two on its way to cinema screens in just over a year. Award-winning director Villeneuve has now released the first details about the film’s plot, and when it is starting shooting.

Bringing the legendary Frank Herbert story to life has been a labour of love for the Canadian director – but he is only just getting started. The final moments of Dune Part One showed Paul Atreides and Lady Jessica venturing into the desert with the Fremen. Things are about to get a lot more serious for the characters with so much more plot to explore.

But Villeneuve does not want to rush. He has explained that he wants to savour every moment with the sequel that he can. He recently said: “I just want to experience it, be present with it, every single moment of it.” (Via Empire)

The director of Prisoners also hinted that, for now, he doesn’t have a green light for any further sequels to Dune. This means Dune Part Two could be the final outing for the epic science-fiction franchise.

Villeneuve added: “When I shoot a film, I shoot it like all my movies, as if it’s the last one. I will do the same with [Dune] Part Two.”

The Dune novels have a massive amount of sequels, and Villeneuve is not even through the first book yet, so there is still a lot amount of ground (sand?) to cover.

With that said, Dune Part One did not have Part Two greenlit when it was being shot, so there is still hope for fans. What’s more, Dune Part Two is due to be an even more thrilling adventure on Arrakis. But don’t take my word for it.

Villeneuve also explained how, despite the movie being more “challenging”, the odds are stacked in his favour this time around.

He revealed: “We are supposed to shoot by the end of the summer. I will say it is mostly designed. The thing that helps us right now is that it’s the first time I’ve revisited a universe. So I’m working with the same crew, everybody knows what to do, we know what it will look like.”

The Arrival director added: “The movie will be more challenging, but we know where we are stepping. And the screenplay is written. So I feel confident. Frankly, the only big unknown for me right now is the pandemic.”

The ongoing Dune series goes on to surpass the lifetime of Paul Atreides before shifting the focus to his children. This means, eventually, the series could be filled with an entirely new cast going forward. But would Villeneuve sign on to continue the story centuries into the future? Or will he be satisfied once the original book has been adapted?

Dune Part One is available on digital, DVD and Blu-ray now.