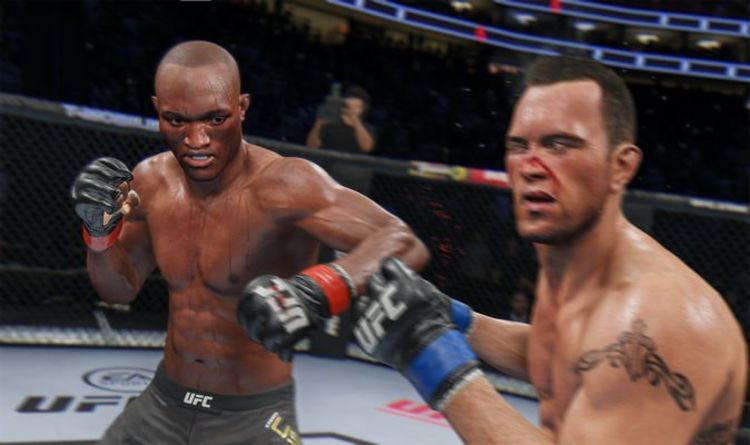 After a couple of years of waiting, EA Sports UFC 4 is out now on PS4, Xbox One and PC.

Unlike FIFA and Madden games that are released every year, the lack of constant UFC upgrades makes it easier to spot the big changes.

This year it’s all about grappling and the ground game, which have been given a much-needed overhaul for new players. On the flipside, legacy controls remain intact for hardcore fans that have mastered the art of making their opponents tap.

As somebody who falls into the former camp, the newly introduced assisted grappling controls make a positive difference when playing EA Sports UFC 4.

Grappling revolves around moving the left analogue stick to manoeuvre your fighter into the best position, only this time with a lot less jargon.

If your intention is to knock your opponent out, for example, then pushing the analogue stick to the right will gradually set you up for the ground and pound. Push the stick to the left, on the other hand, and you’ll eventually be able to lock in a submission.

Assisted grappling may lack the depth of legacy controls, but the simplified system makes the ground game far more appealing to a more casual player like me.

Speaking of the ground game, EA Sports has introduced a second mini game for submissions – this time involving the trigger buttons – to complement the classic cat and mouse analogue experience.

It’s not a ground-breaking new addition that completely transforms the game, but it does add extra variety, while further keeping defending players on their toes.

Perhaps disappointingly, the stand up striking game doesn’t feel like it’s received as much attention, although I suppose if it ain’t broke, don’t fix it.

As a big fan of the Fight Night series, punching and kicking people in the face has always been my favourite part of the UFC games, and that hasn’t changed with the latest release.

The blood, the sweat and the brutal sound effects come together to create a sickeningly satisfying knockout system for fans who like to throw fists.

While some of the animations are a little jerky when transitioning to clinches and grappling, striking with your fists and feet is silky smooth.

It’s only when you mount an opponent for the oddly weak ground and pound that striking loses some of its bone-crunching, face-smashing impact.

The character models and visuals in general are also starting to show signs of age, which is surprising given this has traditionally been one of UFC and Fight Night’s strongest features.

EA Sports UFC 4’s solid fighting system comes together in a career mode that doesn’t quite live up to its initial promise.

From backyard fights to main event heights, the aim of the career mode is to make your custom fighter the G.O.A.T.

Unsurprisingly given this is an EA Sports game, the excellent create-a-character suite is brimming with options, letting fans create fighters both realistic and fantastical.

Through a series of training drills and amateur fights, the game does a great job of teaching you the basics, before giving players the freedom to set their own fight schedule and training sessions.

After signing a fight and deciding how much time you get in the gym, you get a weekly training budget that can be spent sparring, performing drills, promoting your fight and researching your opponent.

The latter involves “watching tapes” of the opposition, although the reality is that you spend points to see their stats, fighting style and favourite moves. It’s a nice idea in theory, but one that ends up feeling a little half-baked in practice.

Ultimately, I think this best sums up the career mode in EA Sports UFC 4. It’s a decent mode that I enjoy playing, but it feels like EA Sports could have done more with it – maybe a Journey-style narrative mode, or a general manager offering where you’re in charge of the entire UFC.

There are a few other distractions in single-player – such as an entertaining Mortal Kombat-style knockout mode – but nothing with the longevity of the career.

Fortunately, EA Sports UFC 4 is no slouch when it comes to online modes. Online offerings include the supremely addictive Blitz Battles, where you’ve got to win five on the bounce, but with varying rulesets.

Best of all, EA Sports hasn’t shoehorned in another wallet-busting Ultimate Team mode.

EA Sports UFC 4 is by no means the undisputed heavyweight champion of the fighting genre, but it’s certainly a contender that’s well worth a shot.