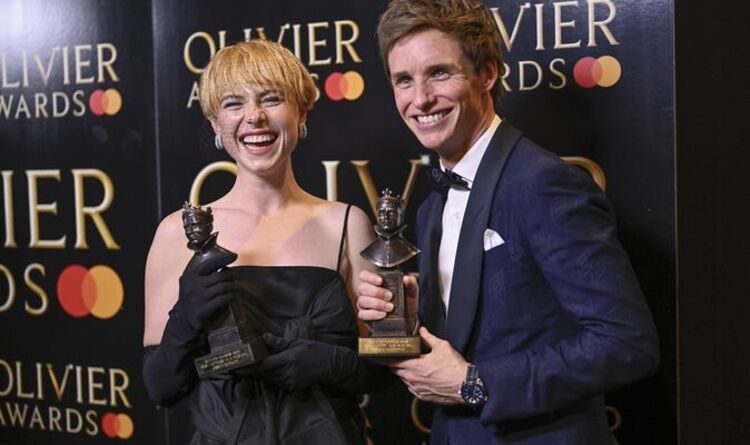 Eddie, 40, who arrived at last night’s event with wife Hannah Bagshawe, 39, won the Best Actor in a Musical gong for his portrayal of Cabaret’s Emcee, the flamboyant master of ceremonies. And co-star Jessie, 32, who played Sally Bowles, made it a double, winning the Best Actress in a Musical award. Eddie looked swish in a navy blazer teamed with beige trousers.

Sheila Atim, 31, won the Best Actress gong for her role as Marianne in Constellations.

The awards at London’s Royal Albert Hall celebrated the best in UK theatre.

Last night was its first live ceremony in three years due to Covid.

Eddie Redmayne and Jessie Buckley joking around at the Olivier Awards