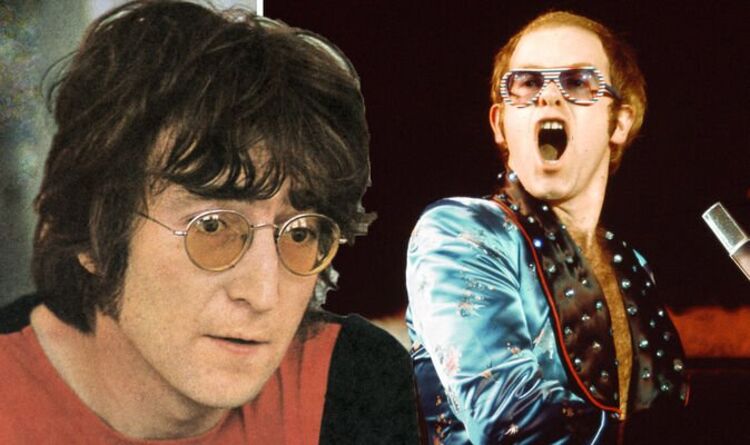 Today, on Friday 25th March 2022, Elton John turns 75-years-old. The British singer has been in the music industry since 1967 when he was just 20-years-old. In his 50+ year career, Elton has become extremely close friends with a number of music icons. Included in this roster of famous friends was none other than John Lennon of The Beatles.

Elton and John worked together on a song in 1974 titled Whatever Gets You Thru the Night, but John didn’t completely believe in it. He even wagered Elton it would be a flop.

John told Elton that he didn’t think Whatever Gets You Thru the Night would be a big hit. So to prove himself right, he bet Elton that if it reached number one he would get on stage and perform it live with him. This was a big promise considering John had not performed in nearly ten years at that point. And, surprise surprise, Whatever Gets You Thru the Night went straight to number one in the USA.

What’s more, this was the first time John had reached number one with a single outside of The Beatles. So he had to keep his promise to Elton.

Elton was playing Madison Square Garden at the time. The Rocket Man had just released his eighth studio album, Caribou, and was working on a tour of the USA, so he was well used to playing in front of thousands of people every night. But when John arrived at the venue on November 28, 1974, to play their song (and a few others), he did not look so great.

Elton remembered: “I don’t think he’d played since the Peace Concert in Toronto [in 1969], to be honest with you, and certainly not in New York, I don’t think, since The Beatles. He was terrified.”

Eventually, the nerves got the better of him, and he was sick.

Elton recalled being reduced to tears after seeing one of his heroes arrive on stage for the first time in years. He said: “We all get goosebumps thinking about it. A lot of us cried and there were tears running down our faces because here was one of the four people that were the biggest band ever.”

John said a few years later that he went through stage fright previously in Boston, so when he arrived at Madison Square Garden he “had a good time”.

He said: “When I walked on they [the crowd] were all screaming and shouting. It was like Beatlemania. I was thinking: ‘What is this?’ ’cause I hadn’t heard it since The Beatles.”

The star added that he quipped about being sick before ending his set on Elton’s stage. He told the audience: “We tried to think of a number to finish off with so I can get out of here and be sick.”

This was the last time John was ever on stage to perform music. Six years later, in 1980, he was murdered in New York outside his apartment building, The Dakota.