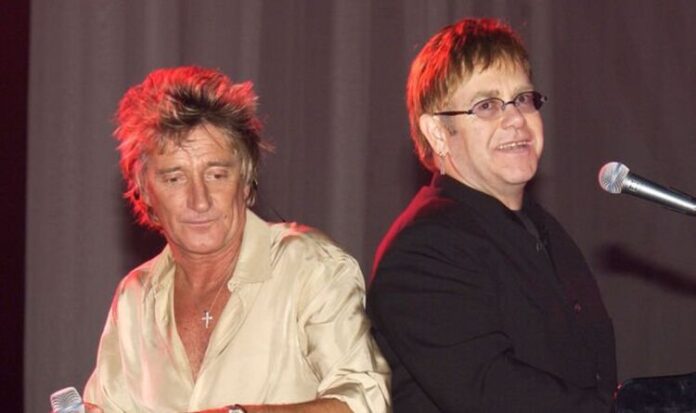 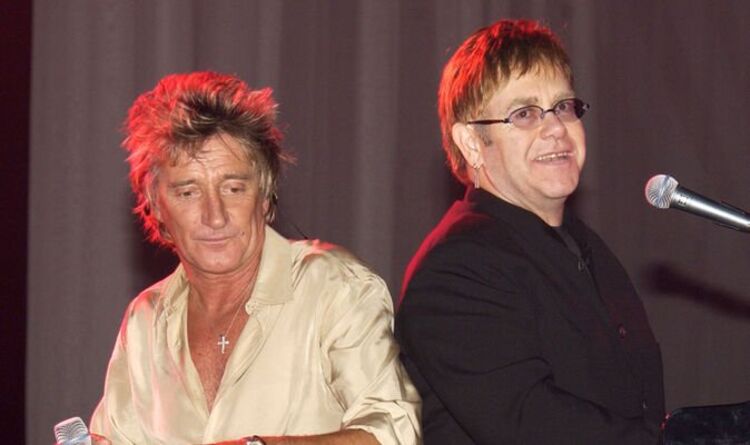 Tomorrow, on Friday 25th March 2022, Elton John will turn 75-years-old. The British singer has been in the music industry since 1967 when he was just 20-years-old. Throughout the years, he has become close friends with a huge amount of rock stars. From John Lennon to Freddie Mercury, Elton knows everyone.

But one relationship with Rod Stewart went very bad in the past few years, leading to some barbed words through press outlets.

However, Elton and Rod were originally great friends for a long time. Speaking about his close friendships, he revealed he gave his pals drag queen names as a sign of affection – and Rod was one of them.

He said: “In a way, designating someone with a drag name was my way of telling them I loved them: drag is a communal sport – I like to get everyone involved. Tony became ‘Joy’ and I became ‘Sharon’ – because I was so common. Rod Stewart was always ‘Phyllis.’ Freddie Mercury became ‘Melina’ after Melina Mercouri, the Greek actress and singer. He was a real Melina, I can assure you.”

He even had a nickname for The Beatles star John Lennon.

Elton said: “John Lennon became ‘Carol Dakota’ after his New York building, the Dakota. If you can’t think of the correct name, you go to surname first and work it out from there. Not everyone gets a drag name. But all my dearest friends are bequeathed one.”

Considering Rod (or Phyllis) was such a good friend, what could have split them up? Well, when Elton announced he was going on a lengthy farewell tour, Rod decided to speak up.

He said Elton’s tour was “dishonest” and “stunk” of “selling tickets”. The Rocket Man singer was, of course, not happy about these comments.

So he decided to hit back.

READ MORE: Elton John bids farewell as he thanks fans for ‘52 years of memories’

Rod defended his words, saying: “I said that 300 dates in three years sounded a bit money-grabbing to me. Look, I know where’s he’s coming from. He’s just got two kids very, very late in life but I’m planning my tours around my kids. I think he’ll miss it. I can’t wait for the next show.”

Elton claimed he later tried to contact Rod but received no response. He added: “I had no idea what I’d done to upset him so much. Which was ironic, given the hours I’d put in over the years deliberately trying to annoy him.”

Back in January of last year, Rod went on the record to say he “regretted” the very public falling out.

Rod confessed: “We’ve always been fierce enemies, as you know, through the years, but it’s always been at a playful level. But we had the worst row, like a married couple. It went on forever… I regret it, I really do regret it.” And, despite their fight, Rod added that he still felt fondly for his old friend. He later added: “He is my old mate. We don’t speak to each other much anymore. I miss him. He just had a hip op so I wish him well,” he said. “We still love each other.”