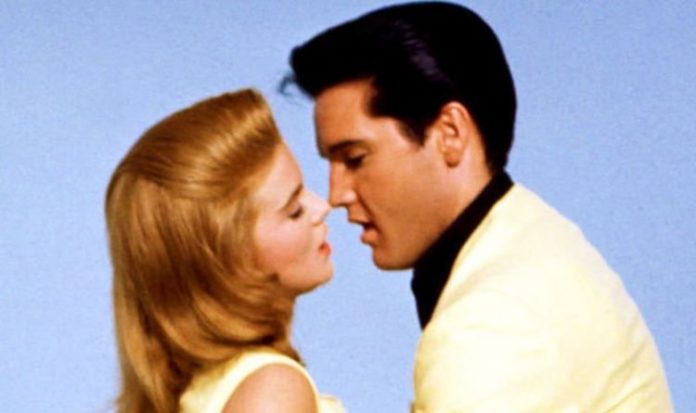 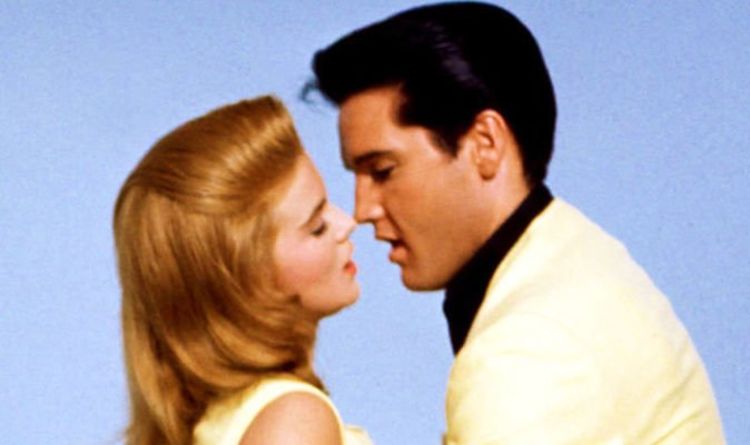 They were two of the hottest stars in the world, as talented as they were electrifyingly charismatic. The King was used to chasing flings on the sets of almost all his movies, but something different happened while filming 1964’s Viva Las Vegas. He was used to having the upper hand on camera and off, but the Swedish bombshell matched him in every way. When a bewildered and besotted Elvis asked one of his friends what was going on, he replied, “She’s the female you.”

Ann-Margret was the only co-star who shared top billing with Elvis on any movie and the only one invited to his funeral. He sent her flowers until the day he died and his father Vernon asked her to represent the Presley family on a 1977 TV special shortly after the star’s death. The actress later revealed how their bond was not just physical, it was based on their intimate and unique connection.

She revealed that their connection was instant and overwhelming: “We both felt a current, an electricity that went straight through us. It would become a force we couldn’t control… Little did we know we shared a devil within. We were quiet, polite, careful. But I knew what was going to happen once we got to know each other. Elvis did, too.”

Ann-Margret was already an acclaimed singer and dancer when they co-starred in 1964’s Viva Las Vegas, having caused a worldwide sensation in the 1963 film Bye, Bye, Birdie.

She said: “We experienced music in the same visceral way. Music ignited a fiery pent-up passion inside Elvis and inside me. It was an odd, embarrassing, funny, inspiring, and wonderful sensation. We looked at each other move and saw virtual mirror images. When Elvis thrust his pelvis, mine slammed forward, too. When his shoulder dropped, I was down there with him. When he whirled, I was already on my heel.”

Just watch them in sizzling action together in the clip below and you’ll see what she means.

DON’T MISS
My Fair Lady: Rex Harrison’s ‘Appalling’ treatment of Audrey Hepburn and Julie Andrews
Sound of Music star Christopher Plummer said making the film with Julie Andrews was ‘Like flogging a dead horse’
Elvis ‘did not want to marry Priscilla’: It wasn’t his idea

Away from the film set their chemistry was just as explosive. They would play in front of Elvis’s entourage, cat-dancing across the floor, putting on sexy voices with Elvis teasing, “You’ve got me running,” and Ann-Margret replying, “You’ve got me hiding.”

Elvis called her Thumper (which she would use as a code name when she called Graceland) and she called him EP. They shared a love of riding powerful motorbikes and daredevil Ann-Margret continued her passion for decades, even after she broke three ribs in an accident in 2000.

Pink was her signature colour and The King bought her a round pink bed for her apartment in Beverly Hills. He would send her lavish guitar-shaped floral arrangements and continued the tradition his whole life.

Years later, they were the first devastating clue she had that the end had come.

The flowers would arrive on the opening night of Ann-Margret’s Las Vegas shows. When she opened at the Hilton on August 15, 1977, for the first time in 10 years, no flowers came and she knew something was wrong.

The next day, she called Graceland and found out Elvis had died, before the news was released to the press.

While they were together, Ann-Margret said Elvis wanted to marry her: “his wish was that we could stay together.” But the star was under immense pressure from his manager and public opinion to marry his long-term girlfriend, Priscilla.

In her own autobiography, Priscilla described her fury at the affair: “I picked up a flower vase and threw it across the room, shattering it against the wall.

In the end, a fickle and off-balance Elvis ended everything when Ann_margret possiblky overplayed her hand.

When the UK press reported that the Viva Las Vegas pair were planning to marry, Elvis accused Ann-Margret of leaking the story, which she denied.

Many of the Memphis Mafia have claimed that Elvis might have lived and avoided his spiral into addiction if he had stayed with the Swedish star, who battled and beat her own drink dependency.

Others, though, point out that Elvis always preferred relationships with less fiery, more amenable women in the long term and ultimately would have always chosen Priscilla over Ann-Margret.

The actress spoke of how painful it was even revisiting their split in her own autobiography many years later: “It was extremely difficult for me to write and it’s even harder for me to talk about.”

Ann-Margret has spoken very little about Elvis over the years but said of her revelations in her book: “There’s been so much, for some reason, negative situations surrounding his name that I wanted to show the man that I knew – generous, loving, funny, talented, gifted – and only show complete respect.”

Ultimately, of course, Elvis’s relationship with Priscilla did not last. Just a few weeks after their own marriage, Ann-Marget married actor Roger Smith on May 8, 1967. The couple remained happily together for fifty years until he passed away in 2017.

Elvis and Ann Margret’s sizzling affair ‘Our love was electrifying, he wanted to marry me’