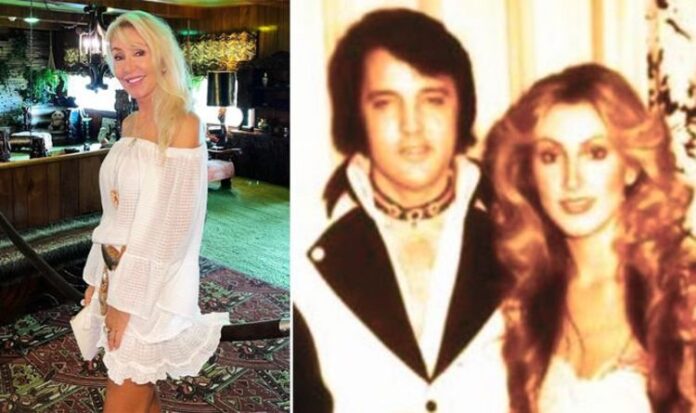 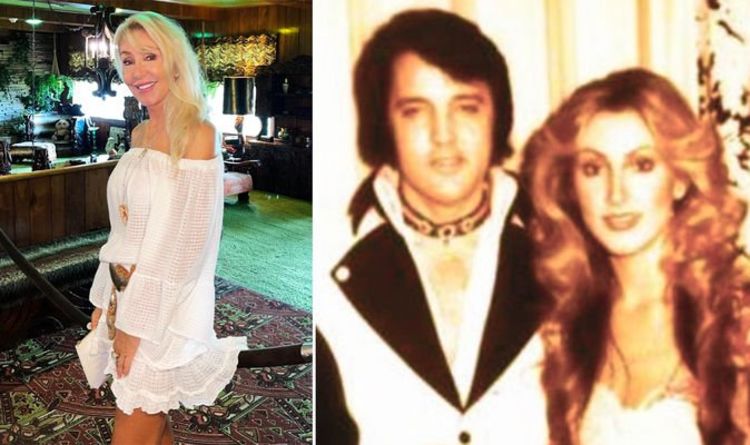 Elvis Presley dated Miss Tennessee model Linda Thompson from 1972-76, with the couple living together at his Graceland mansion. Now, almost 50 years ago since she moved in, the 71-year-old has returned to her old home of almost half a decade. Linda shared a selection of photos of herself inside some of Graceland’s most famous rooms.

Linda Thompson wrote on her Instagram: “I took a walk down memory lane today at my former home, where I lived for 4 1/2 years – Graceland in Memphis.

“I also revisited the airplanes that I flew on to countless concerts all around the country with the greatest entertainer who ever lived, Elvis Presley.

“It’s surreal to remember decorating with him the legendary jungle room, stained glass peacocks in the living/music room, the fabric covered pool room, TV room & other areas – as well as the Lisa Marie airplane.”

The 71-year-old was on her way through Memphis to Elvis’ birthplace in Tupelo, Mississippi, just south of the Tennessee state line.

The New York Elvis concerts attracted some fellow music stars who The King had influenced before they were famous.

Graceland added: “David Bowie, Bob Dylan, George Harrison and Art Garfunkel were among some of the music stars spotted at the shows.

Meanwhile, a biopic of The King’s life and career has been shot on Australia’s Gold Coast.

Moulin Rouge’s Baz Luhrmann has directed the Elvis movie, which stars Austin Butler as The King and Tom Hanks as Colonel Tom Parker.

The Warner Bros production rebuilt Graceland on the Australian set with expert advice thanks to the Memphis mansion museum’s archivists.

Baz is currently editing the film in post-production but there’s no sign of a first trailer just yet.