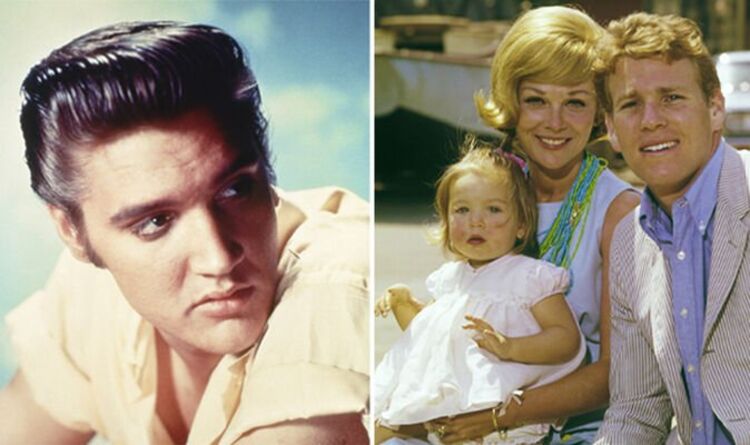 After their divorce in 1967, O’Neal described how he tried to get custody of the children more than once when, “my ex-wife was washing down half a bottle of barbiturates a day with vodka.”

The courts were traditionally reluctant to take children away from the mother, though. Instead, O’Neill recounted: “To Joanna’s credit, when she realized she was hopelessly addicted, she showed up on my doorstep in Malibu and handed me our kids, then checked into a hospital. Tatum was seven years old and Griffin was six.”

Moore’s addiction also destroyed her career and she was supported by her daughter by the late 1970s. Tatum’s own book, A Paper Life, described a childhood scarred by missed meals, syringes around the house, and even her mother taking a 15year-old boyfriend.

Elvis had a messy affair with Ryan O’Neal’s future wife: ‘I’m having The King’s baby’