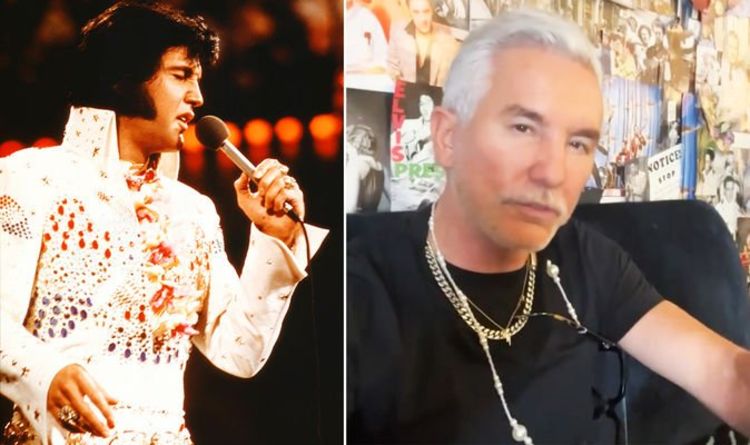 Since his death 45 years ago, there have been a couple of TV productions attempting to capture the life of The King of Rock and Roll. This even included Kurt Russell playing Elvis Presley, whose first film role was opposite the star in 1963’s It Happened at the World’s Fair. After a series of delays, the first-ever blockbuster biopic of the singing legend’s life is finally set to release this summer from director Baz Luhrmann, who has given fans access to his creative process in a new video.

Yesterday marked what would have been the 87th birthday of Elvis, who only lived to be 42-years-old.

Sharing a video on Instagram from his editing suite, Baz addressed fans: “It is Elvis’ birthday today and how could we possibly let the day go by without celebrating him?

“Here in our creative space, we’re surrounded by Elvis. Everywhere we go, images, the sound of his voice. And I just thought maybe you’d like to have a little look at our creative space. So, one of the things that we always do is we theme our environment so it inspires the creativity of all the creatives who are here.”

The director of Moulin Rouge and Romeo and Juliet then began a video tour around the elaborate room inspired by Elvis, his life and tastes.

Baz continued: “So here we have our screening room which is modelled after Elvis’ 1970s bedroom in the Hilton hotel. Another thing that’s really important that we like to do is make sure that we have a kind of picture wall and you see it behind me here. And the picture wall is telling a story, particularly the story of Elvis’ life. But it’s done completely in sourced imagery. In the same way we cover all of our walls in newspaper articles or materials that are going to inspire as you walk around the building. So we’re constantly in the world of Elvis Presley. We hope you enjoyed this little tour of our space and Happy Birthday Elvis!”

The director also shared some more on his Instagram stories including a famous shot of The King on his way to perform, and one walking outside of Graceland.

Baz captioned this story: “It’s hard to fit a whole space into a one minute video, but here are more of the many books, photographs and pieces of bric-a-brac we’re inspired by every day…”

The Elvis movie, a Warner Bros musical drama, was shot in Baz’s native Queensland, Australia where Graceland was recreated.

The Memphis mansion that was The King’s home for 20 years were consulted on the upcoming blockbuster.

Once Upon a Time in Hollywood star Butler plays Elvis and Hanks portrays his manager Colonel Tom Parker in the new movie.