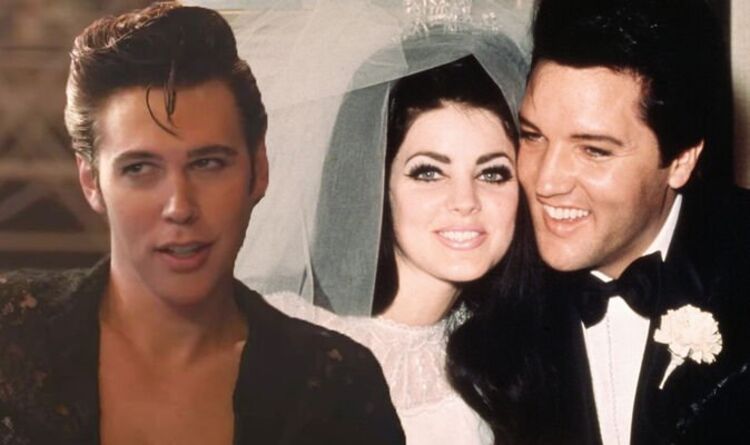 Today Luhrmann revealed the first look at the upcoming Elvis Presley biopic which is being released this year. Simply titled Elvis, Luhrmann showed off American star Austin Butler jumping in the Blue Suede Shoes of the King of Rock and Roll, from his early years to his tragic end. In a question and answer (Q&A) session after the trailer’s release, Luhrmann revealed he and Austin took a pilgrimage to Graceland during the shoot.

Luhrmann assured fans on Twitter he was doing all he could to respect the memory of Elvis, 45 years after his death. He explained: “What’s so great about [the film] is… we didn’t take so much as we lived it.” The Strictly Ballroom director then revealed: “Spontaneously we were in Nashville, and I said to Austin: ‘Do you want to drive to Memphis?'”

As fans know, Memphis, Tennessee is the location of Elvis’ legendary home, Graceland. While en route to the city that Elvis loved so much, Luhrmann received a phone call from someone who asked: “Do you want to go to Graceland?”

When they arrived, none other than Priscilla Presley was in the building.

Luhrmann recalled: “I said: ‘Do you think she’d like to meet Austin?'” He then gestured for Austin to continue telling the story, who obliged.

A misty-eyed Austin remembered: “I opened the door and I walked in and I’m just sort of waiting in the living room. And… eventually, she walks in and she’s so ethereal. It took my breath away.” The pressure was on for Austin as not only is he playing Priscilla’s ex-husband in the Elvis biopic, he will be retelling her story as well.

Thankfully, he didn’t need to worry.

Elvis first met Priscilla in 1959 in Friedberg, Germany, while he was stationed in the US Army. After that, the pair fell in love, and Elvis asked her to move to America to be with him. The pair were eventually married in 1967, and had a daughter, Lisa Marie Presley, exactly nine months later.

It didn’t end well for the happy couple, however.

Elvis and Priscilla officially divorced in 1973. Despite this, they still had an incredible relationship and shared custody of Lisa Marie. They were friends until Elvis died in 1977.

After his death, Priscilla has been heavily involved in preserving Elvis’ memory.