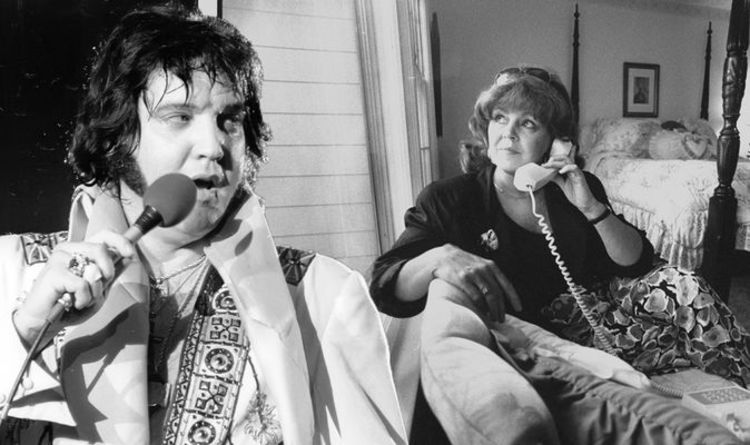 Elvis Presley was 42-years-old when he was pronounced dead. The King of Rock n Roll was found at his Graceland home in Memphis on August 16, 1977. The singer was found in the bathroom by his fiancée, Ginger Alden. The King’s emotional funeral was filled with friends, loved-ones, and people from his past. There is a prevailing theory, however, that the King faked his death.

While the King was spotted in an open casket during his funeral, many theories suggested it was fake, with many other people claiming they had seen him walking around long after his death.

This theory saw even more credibility years after Elvis’ death, as people claimed they had seen him both at Graceland, and indeed at the Bahamas.

In 1991 Bill Bixby held a TV special on the theory that Elvis was alive, called The Elvis Files.

Throughout the show Bill explored these stories, and interviewed a number of people who claimed they had seen the star since his death.

Included in this collection of interviewees was Gail Brewer-Giorgio, an author and Elvis Is Alive theorist.

During her chats with Bill on the live TV special, she told of a time that Elvis called her home in 1988.

Telling Bill and the live studio audience, Gail said: “In October of 1988 around 2:30 in the morning a call came to my home from a man who identified himself as Elvis Presley.”

Gail was keen to ensure she was not being duped, however, so she did explain that she verified the man’s voice.

He said: “My daughter[‘s wedding] came as a surprise to me. A very big surprise.”

The man claiming to be Elvis later went on to say: “I’ll definitely be out before I’m a grandfather.

“The dust will settle and everything. Believe me.”

Of course, this was over 30 years ago, and Elvis still has not returned – so could he still be in hiding?

After comparing the two documents, Paul explained that they came from the same person.

“My conclusions after this exhaustive examination was, in my professional opinion as a document examiner, that same person who wrote the letter to President Nixon also wrote the death certificate of Elvis Presley’s death.”

One Direction: Harry Styles doubted his own success without 1D

One Direction: Harry Styles may have TROUNCED former bandmates with staggering...