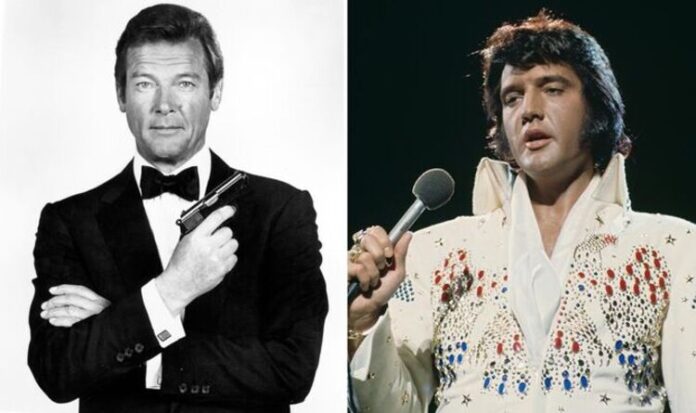 When Elvis Presley wasn’t shooting movies or touring, the star would enjoy his own playground at home at Graceland. Being a night owl, The King and his inner circle would head out into Memphis after dark to avoid fans, renting out huge venues in the early hours of the morning, including movie theatres. Now the star’s step-brother Billy Stanley has shared precious memories of Elvis’ final visit to the cinema with Lisa Marie and Ginger Alden, just four days before he died.

On August 12, 1977, Elvis planned to get a copy of the new sci-fi hit Star Wars to watch with his nine-year-old daughter.

Unable to get one, The King asked his Memphis Mafia to track down the new James Bond movie for him.

He then drove Lisa Marie and his last girlfriend Ginger to the Southbrook Theatre, just south of Graceland, to see Roger Moore’s third 007 movie The Spy Who Loved Me.

His step-brother Billy, the son of Vernon Presley’s second wife Dee Stanley, was in attendance as one of hi inner circle and shared his memories of seeing movies with the star there.

Billy shared: “He didn’t like sitting on the side, even if it wasn’t that much. He wanted to be dead centre in the middle of the room. When he came in there would be his water, Pepsi, popcorn, sweet tarts. He would take Pepsi and put sweet tarts in it and so when you get finished with it, at the bottom they would be laying there and it’d be really soft, so you don’t have to really chew on them that much. They were good!”

All this, including peanut butter fingers which he loved, were served on a silver tray to Elvis.

The star even had a stand up ashtray, just like one located in The Jungle Room, so he could smoke his cigars or cigarillos.

Aside from the Southbrook Theatre, Elvis’ favourite cinema in Tennessee was The Memphian.

The King would frequently see a movie every night for a week or more at a time.

Graceland record that in May 1963, Elvis enjoyed an eclectic choice of movies from Village of the Damned and The List of Adrian Messenger to Harold Lloyd’s World of Comedy and The Nutty Professor.

The latter original, long before the Eddie Murphy remake, he saw three times over the course of just 10 days.

In August 1963, Elvis saw the Oscar-winning documentary The Sky Above, The Mud Below, Boris Karloff and Jack Nicholson’s The Terror, plus Hootenanny Hoot helmed by his Kissing’ Cousins director Gene Nelson.

The following summer, The King watched one of his favourite movies, Stanley Kubrick’s Dr Strangelove, five times and the biblical epic King of Kings.

Then in December 1965, he caught Dr Strangelove again, plus Cleopatra and Sean Connery Bond movies Dr No and Thunderball.

In the New Year, he celebrated his 31st birthday by seeing the comedy It’s a Mad, Mad, Mad, Mad World at The Memphian.