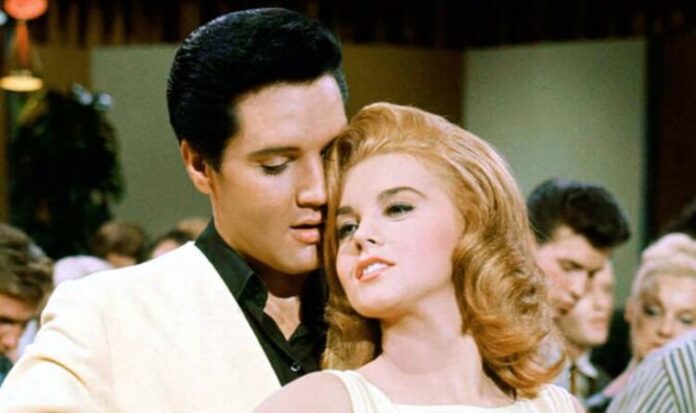 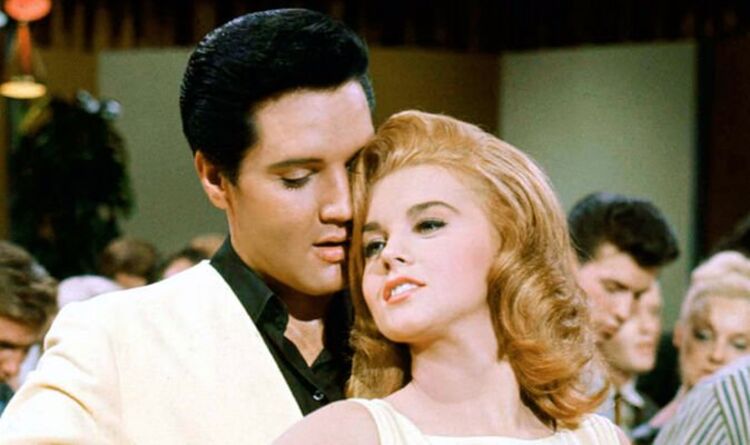 In 1964 Elvis Presley started working on his next feature film, Viva Las Vegas. He was no stranger to working with beautiful actresses from around the USA, but this time around he was not expecting to react how he did. When Elvis met Ann-Margret for the first time everything changed for him. Writing about the event in her memoir, My Story, she recalled: “Except for a piano, the MGM soundstage where Elvis and I met was empty. In the background, a few of his guys hung around observing their boss, a ritual I would soon come to expect.”

The star remembered a photographer snapped images of the “historic moment” – Ann-Margret meeting Elvis Presley. She wrote: “‘Elvis Presley, I’d like you to meet a wonderful young lady, Ann-Margret,’ said George Sidney. ‘Ann-Margret, this is Elvis Presley.’ The significance was lost on Elvis and me. I reached out my hand and he shook it gently.”

At the same time, the two stars said to one another: “I’ve heard a lot about you,” causing them to break into laughter. The ice was broken, and their obvious similarities had begun to show. She went on to note how this moment would mark the beginning of her romance with the King of Rock and Roll.

Ann-Margret said: “I’m not really sure why I was so calm about meeting the King. After all, this was Elvis. A man who had captured the heart of almost every woman in America.” She slyly added: “Little did I know he would soon capture mine.”

On their first meeting, they recorded three duets for Viva Las Vegas – The Lady Loves Me, You’re the Boss and Today, Tomorrow and Forever. After that, they began spending more time together – away from the cameras.

Ann-Margret remembered: “I knew I’d crossed into a certain uncharted territory when Elvis asked to be alone with me, but later the frequency with which it happened made me happy. It meant Elvis truly trusted me.”

She knew he trusted her because he began divulging some of the private parts of his life with her. The Swedish-American actress said: “Like everyone else, Elvis had dreams and desires, hopes and hurts, wants and weaknesses. He didn’t reveal this vulnerable side until everyone had disappeared, until those private moments when we were alone, after darkness had blanketed the city and we’d parked somewhere up in the hills and could look down upon the sprawl of LA or up at the stars.”

Ann-Margret and Elvis shared a beautiful love affair for just over a year, but all good things must come to an end. Eventually, Priscilla Presley – who was at Elvis’ home, Graceland – found out about the relationship and demanded that it stopped. Ann-Margret wrote in her memoir: “There were other factors in Elvis’s life that forced him apart from me, and I understood them. Elvis had always been honest with me, but still, it was a confusing situation.”

Ann-Margret said of the end of their relationship: “Everything halted. We knew the relationship had to end, that Elvis had to fulfil his commitment.”

Shortly thereafter Elvis proposed to Priscilla. And on May 1, 1967 the pair were married. Exactly a week later, on May 8, 1967, Ann-Margret was also married.

Despite their weddings, the pair remained in touch and were friends until the end.