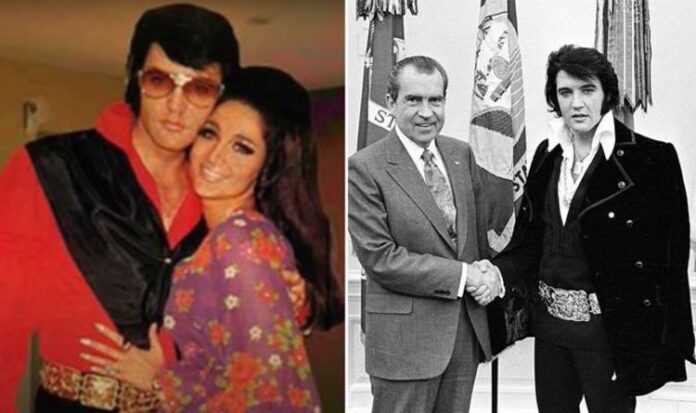 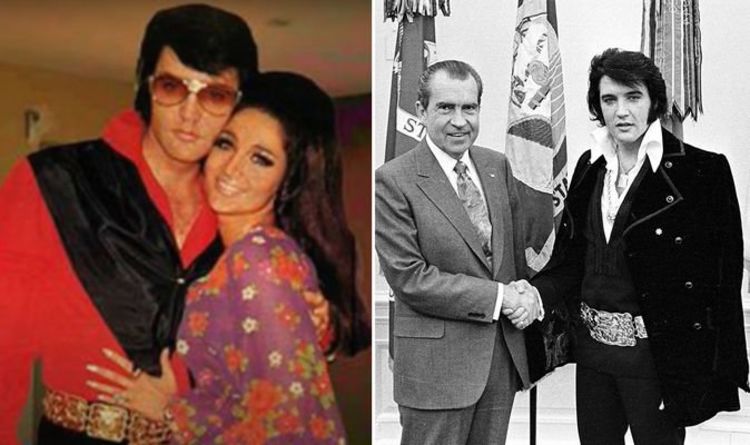 On December 21, 1970, Elvis Presley managed to arrange a meeting with President Richard Nixon in The White House’s Oval Office. The King was concerned with the youth culture of the day and wanted to offer his help. But did you know his former lover Joyce Bova claims Elvis was primarily in Washington DC to see her?

While Elvis was married to Priscilla Presley, Joyce claims she had a romantic relationship with The King from 1969 to 1972 as recounted in her recently updated book Don’t Ask Forever – My Love Affair with Elvis.

Speaking with Elvis Presley expert Billy Stallings Spa Guy in the video below, Joyce said: “The one about Nixon makes me wild because Elvis was here to see me not Nixon!

“I wrote [the book] as my little tribute to Elvis because he was an amazing human being as everyone knows.

“And it’s just my little part…just a couple years, three years. The lies that have been told around me have been really hurtful all these years but I keep a low profile.”

Joyce was 24 when she met Elvis while working for the House of Representatives Armed Services Committee.

The two hit it off in Las Vegas back in 1969 and she even claims she was pregnant with The King’s child at one point.

As for Elvis travelling to DC in December 1970, Joyce says that the star had come to find her after they had a nasty argument in Las Vegas, while meeting Nixon was an afterthought.

On December 30, she was with The King when he stopped off at a donut shop in the US capital – a story that has been reimagined by Michael Shannon in the movie Elvis and Nixon.

Joyce continued: “We drove in and they saw that it was Elvis in the limousine…they weren’t blacked out windows back then.

“They went absolutely crazy, they loved him and he loved them and he was having a wonderful time.

“Ben [the limo driver] went in and got the donuts and Elvis got out and then Sonny followed right behind getting a little nervous to make sure everything was going to be okay. And Janice and I both stayed in the limousine with the windows rolled down; listening to everything and having a good time.”

Today, the donut shop is gone and a Kentucky Fried Chicken replaced it on Bladensburg Road at New York Avenue.

Joyce’s tell-all book synopsis includes: “Within the pages of her book she details what life was like with the superstar and the ‘man’, describing the ups and downs (literally), mood swings, medical problems and exhilarating, heart-pounding performances in Vegas and on tour.

“She recounts the truth behind the Presley/Nixon meeting in December 1970 and the fact that Elvis was in D.C. to find her after a nasty argument in Vegas, and that Nixon was an afterthought.

“Don’t Ask Forever tells about life at Graceland, the antics of the Memphis Mafia and, finally, Joyce’s realization that Presley had fallen victim to prescription drugs.

“You will laugh and cry at Joyce’s candid and revealing story. It is an intimate but vivid portrait of the “brightest star that will continue to shine forever”. A must read for every Elvis fan.”