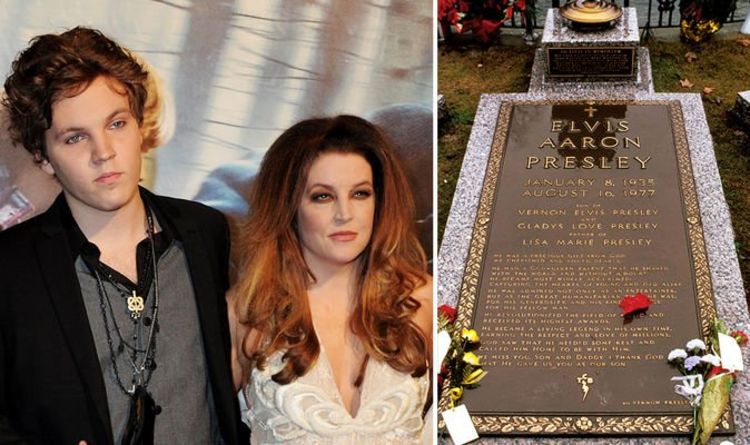 On July 12, 2020, Elvis Presley’ only grandson Benjamin Keough died of a self-inflicted gunshot wound in the mouth. The 27-year-old was the child of The King’s only daughter Lisa Marie Presley. And now the young man has been buried right by his grandfather at Graceland.

The Mediation Garden is right by the main house and is the final stop on the Graceland tour for fans.

Elvis is buried between his grandmother Minnie and father Vernon and presumably Benjamin’s body won’t be much further away in the private cemetery.

Benjamin’s father is singer-songwriter Danny Keough, who was Lisa Marie’s first husband from 1988 to 1994.

Speaking with USA Today, Lisa Marie said: “Sometimes there are rumours about [Graceland] being sold. And that is NEVER going to happen.

“There’s always a rumour. It is NOT getting sold.

“Graceland was given to me and will always be mine.

“And then passed to my children. It will never be sold.”

Aside from Graceland, Lisa Marie owns the contents of the Memphis mansion, Elvis’ awards, his clothes and all artefacts on display to the public.

Despite being open for tours, Elvis’ daughter still very much sees Graceland as her home and stays over sometimes.

The upstairs of Graceland is off-limits to the public as it was The King’s private area and where he died. Nevertheless, Lisa Marie requires that those rooms be maintained just as Elvis left them in 1977.