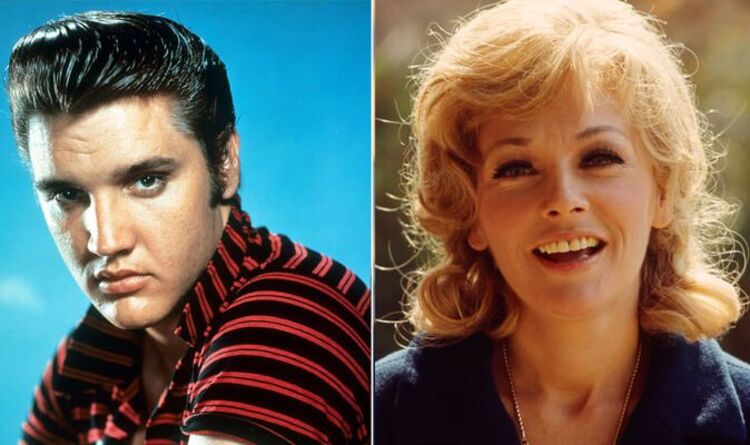 Follow Your Dream was released on this day, sixty years ago. Elvis was well-known for dallying with his co-stars. In fact, stories from 1950s and 1960s seem to suggest it was fairly common across the whole of Hollywood. However, this time, The King was involved with both his leading ladies. While Anne Helm later spoke fondly of their romance, Moore’s ended in a sobbing showdown and an emergency trip to the hospital.

Helm was only 19 at the time but seemed to be perfect for Elvis. She later said: “We did have a romance; it was quite wonderful. Elvis was away from the madding crowd. It was like a shipboard romance. In those days we were very promiscuous and of course I knew he was having a lot of affairs, but we really adored one another.

“I mean, I really loved him. I just sensed that his life was very compartmentalised. It was a more innocent time.”

Unlike Moore, it also seemed that Helm understood the reality of the situation and never expected more: “We were very young… Everyone knew about Priscilla, although he didn’t talk a lot about Priscilla to me, but it was rumoured they were going to be married.”

Moore was somewhat older at 27 and had already been married twice. But Elvis soon tried to distance himself from here when their affair spiralled.

The book Last Train to Memphis: The Rise of Elvis Presley by Peter Guralnick, quotes Memphis Mafia member Joe Esposito who described how Moore slept with The King very early into the film shoot and declared her love soon after.

Elvis tried to distance himself and actively became involved with Helm. One night, Espositio reported that Moore turned up looking dishevelled “as if she’d just climbed out of bed,” slurring and demanding to see Elvis.

When Joe wouldn’t let her, she began to cry and then passed out. After she revived, she said: “Elvis got me pregnant and I took a bunch of sleeping pills. I have to talk to him!”

DON’T MISS
Elvis’ family slam fiancée Ginger’s claims The King planned to marry
Elvis and Ursula Andress: ‘She only had eyes for him’ on set
Elvis and Ann Margret’s sizzling affair ‘Our love was electrifying’

Instead, Joe took her to the hospital where doctors pumped her stomach – and also found no evidence of a pregnancy.

When Joe told Elvis what had happened the next day, he apparently replied: “Make sure you call and find out how she’s doing today. I knew that girl had problems. That’s why I stopped seeing her.”

Sadly, Moore’s 1963 marriage to Ryan O’Neill would end with him describing similar problems. Although they had two children together, Griffin and Oscar-winner Tatum, Ryan spoke later about his wife’s problems.

In his book, Both of Us, Ryan O’Neill said: “I tried to convince myself I loved Joanna. Griffin and Tatum’s mother, actress Joanna Moore, has battled addiction and depression all her life and it damaged the children……. My daughter inherited her mother’s predilection for addiction but not her wisdom or compassion.

“Joanna had been cheating death since I’d known her. When we were first married, I came home one night to find her passed out in a bathtub with an open bottle of barbiturates and a tumbler of wine on the side of the tub. It took me more than an hour to wake her.

“Joanna was the worst decision I ever made, but I bear her no ill will. I was a kid when we got hitched because she got pregnant and back then no one understood much about addiction.”

After their divorce in 1967, O’Neill described how he tried to get custody of the children more than once when, “my ex-wife was washing down half a bottle of barbiturates a day with vodka.”

The courts were traditionally reluctant to take children away from the mother, though. Instead, O’Neill recounted: “To Joanna’s credit, when she realized she was hopelessly addicted, she showed up on my doorstep in Malibu and handed me our kids, then checked into a hospital. Tatum was seven years old and Griffin was six.”

Moore’s addiction also destroyed her career and she was supported by her daughter by the late 1970s. Tatum’s own book, A Paper Life, described a childhood scarred by missed meals, syringes around the house, and even her mother taking a 15year-old boyfriend.

Elvis: Tempestuous affair with co-star Joanna Moore ‘He got me pregnant’