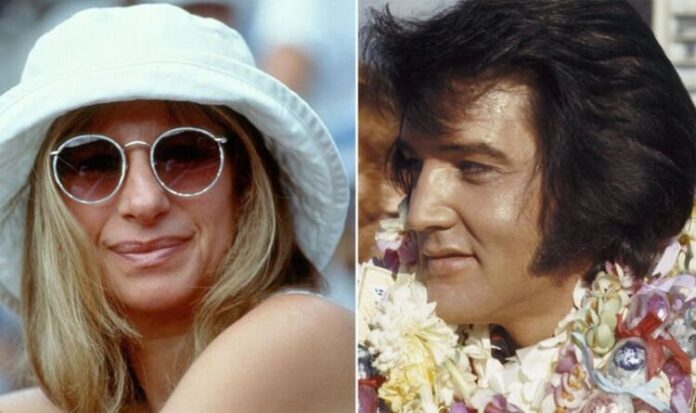 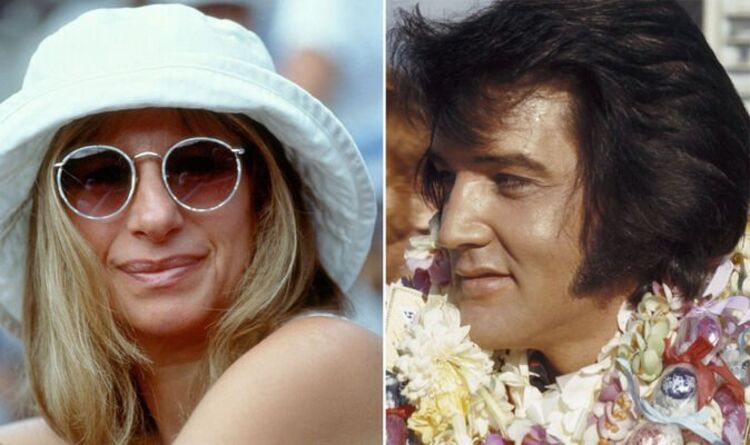 The central male character of the movie in each of its incarnations is a major star (whether music or film) who tumbles into a tragic decline. Fredric March in 1937 and James Mason in 1954 were both actors in the full bloom of their careers – likewise latterly Bradley Cooper in 2018. But in 1974, Streisand had a bolder vision of taking the biggest star in the world whose film career had already famously hit the bottom. Rather than be offended, Elvis was thrilled. He knew it was the role he had waited a lifetime for. He was desperate to show the real acting ability that so many of his co-stars said he  possessed – if only he could have been given the chance.

Elvis wasn’t just the King of rock and roll, he was a major box draw and bona fide movie star in the late 1950s and early 1960s. The lack of variety and originality in too many of the projects he was contracted into by the studios and his manager Colonel Parker lead to a terminal decline. But all the star had ever wanted was to truly show what he was capable of.

During late-night conversations with backing singer Kathy Westmoreland in his final months in 1977, Elvis lamented that he had “never done anything lasting… never made a classic film”.

Three years earlier it had all been within his grasp. On March 28, 1974, Barbra Streisand visited him backstage at his residency at Las Vegas’ Caesars Palace.

Streisand was accompanied by her boyfriend Jon Peters, a Hollywood hairdresser turned producer.

They had the movie rights to A Star Is Born and Elvis was the first choice to play opposite her as the tragically self-destructive rock star John Norman Howard. It was the juicy role of a lifetime and Streisand said in 2014, “I thought he was perfect to play that part.”

An offer was made and contracts were drawn up.

The King’s girlfriend at the time, Linda Thompson, said: “Elvis wanted to do it. Elvis was very excited about the prospect of working with Barbra Streisand.

After two meetings, Streisand and Peters made a formal offer and Linda recalled Elvis “was thrilled at the prospect of finally having the opportunity to really immerse himself in a role and reveal new dimensions of his acting talent.”

The offer included $500,000 upfront plus 10 percent of the net profits. Elvis could produce and take the full revenue from the concerts that would be filmed. Streisand’s production company and Warner Bros would retain rights to the music and soundtrack album.

Elvis had been paid far more in his Hollywood heyday but Memphis Mafia member Jerry Schilling said: “There was no way the film’s budget could stand two superstar salaries and Elvis didn’t care about the money. He was smart enough to know that this kind of supporting role could be his way back into the movies.”

As always, all business had to go through The King’s powerful manager Colonel Parker. He demanded $1million upfront, 50 percent of the gross profits, $1,000 a week in expenses, approval on all of Presley’s songs and a cut of the soundtrack revenues.

Parker even added one more thing that was even more damaging to the deal. His original proposed contract is kept in the archives at Graceland and states Elvis would be entitled to first position credit and 100 per cent of the listing above the title on all promotional materials and the styling of the finished film.

It was unthinkable. Funny Girl, Hello Dolly and What’s Up Doc had made Streisand a major Hollywood star and she was riding high on 1973’s The Way We Were.

Most believe Parker’s intentionally sabotaged the negotiations, demanding impossible terms. Thompson, however, believes differently: “I think The Colonel couldn’t make the deal… Elvis did not negotiate.

The talks were “dead” within weeks and Thompson said Elvis was “devastated.” Kris Kristofferson went on to take the role The King had so desperately wanted.

Even worse, he would have seen the 1976 A Star Is Born go on to be a massive hit, taking $80million in the US alone where it was the second-biggest film of the year. It was also hugely profitable, being made for a tiny $6million. It won Golden Globes for the two leading actors and for the theme song, Evergreen. The soundtrack also topped the US charts for six weeks and eventually sold eight million copies.

As Elvis wrestled with health and emotional demons in his final years, it is fascinating to wonder what might have happened if he had made A Star is Born.