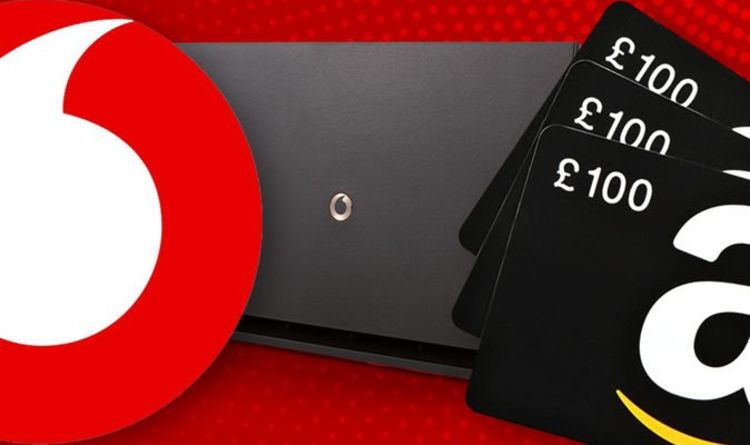 Most Internet Service Providers (ISPs) are offering huge January discounts right now, but we’re not sure anyone beats what is available from Vodafone. The telecoms firm had already slashed prices with its basic 36Mbps speeds now costing just £19 per month – that’s one of the cheapest on the market. If you thought that was good, then things have got even better.

The team at comparison site Broadband Genie are now offering access to the same Vodafone deal, but with a free Amazon gift card worth £105. Yes, you did read that correctly. There’s a bunch of different plans that all include this incentive with these epic offers available until January 16.

Customers can even sign up for Vodafone’s new Pro service, which includes a router with a built-in 4G network connection. That way, should the worst happen and a broadband outage hits Vodafone, things automatically switch over to a mobile signal meaning you are never left without access to the web. Vodafone also says it will make sure every room is covered thanks to its “Super Wi-Fi” signal boosters.

Another advantage of this new Pro broadband service is that it comes with instant access to help via Wi-Fi Xperts.

Of course, Vodafone is not the only ISP with deals right now.

For example, Virgin is currently offering its M100 (108Mbps speeds) for just £26.99 – that’s a saving of over £15 per month. Sky has joined the price cut party with the telecoms giant dishing out its Superfast package (59Mbps) for just £25 per month.

BT also announced that its January sale is now underway with things starting from under £25 per month and the firm’s Plusnet service is offering access to the web from as little as £21. If TalkTalk is your favoured ISP then the firm has unveiled a deal that includes broadband and access to Netflix for £28 per month.

Get a Kindle for under £40 with this incredible discount trick...