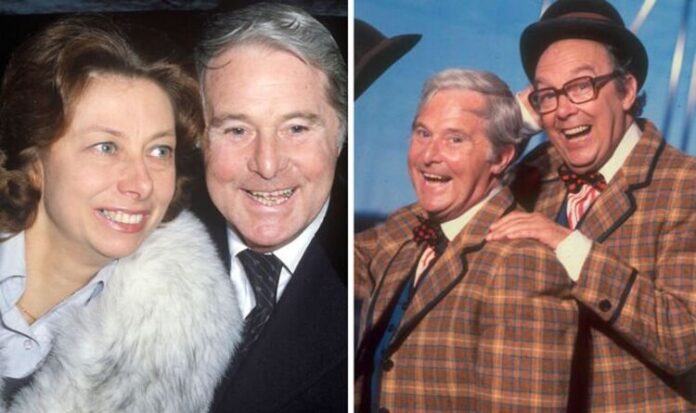 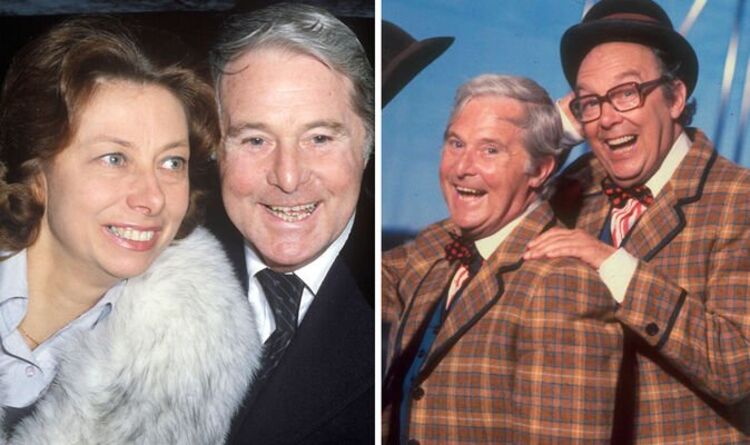 Morecambe and Wise lit up the nation’s screens for decades with their hilarious comedy double act. The duo are often a firm favourite on the Christmas TV schedule, but they also returned to our screens last night for BBC Two’s ‘The Perfect Morecambe & Wise’. The series pulls together some of the pair’s golden moments from their amazing back catalogue. Among the sketches, songs and routines in the latest episode is their re-enactment of a classic scene from ‘Singin’ in the Rain’.

Viewers will also be entertained by Eric’s decision to take on the role of Shakespeare’s Hamlet.

Morecambe and Wise were renowned for their collaborations with huge names, and also shared the screen with Cilla Black.

Despite their on-screen chemistry, behind the scenes, things were not always straightforward.

Ernie’s widow Doreen, who passed away in 2018, revealed her thoughts on Eric during his younger years in a throwback interview.

Speaking to the Daily Mail in 2009, she was asked about her memories of the late comedian, who worked with her husband for more than 40 years.

She said: “That he was always in the way.

“Until Ernie came along, his mother had always looked after him.

“But she must have thought: ‘Oh, this is a good, reliable sort of fellow.

“‘I can have a bit of peace’ – so Ernie got the job of looking after him.”

Doreen also recalled the coincidence of her and Eric sharing a birthday.

“And who never wanted him to stop his regular work because he was afraid it would affect him being the main breadwinner.”

Eric and Ernie first struck up their enduring partnership in 1941 when they were booked separately to appear on stage in Nottingham.

They eventually became national treasures after securing a prime-time slot on BBC Two in 1968.

‘The Morecambe and Wise Show’ saw the pair carve out a reputation as the nation’s favourite double act.

The duo went from strength to strength, with their 1977 Christmas special watched by 28 million people – a viewing record for a British comedy show.

The pair were known for their impressive celebrity guests, including the likes of Elton John and Shirley Bassey.

Ernie Wise’s wife’s brutal take on Eric Morecambe: ‘He got in the way’