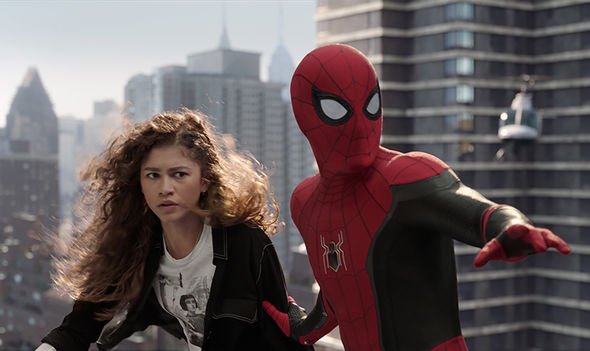 After film releases hampered by the coronavirus pandemic, Marvel and Sony came back with everyone’s favourite wall crawler and it expertly set up the future of the MCU for the next few years.

No Way Home was a difficult film to keep under wraps but Marvel did a stellar job keeping as many secrets as possible, allowing for plenty of shock moments and hints as to what lies next for the MCU.

From tongue-in-cheek references that are worth a mention to hints that could shape the MCU for years to come, our team behind The Watchers newsletter has run down 10 major easter eggs and hints we spotted in the film.

Did you spot them? Let us know in the comments below.

Picking up exactly where Far From Home left off, Peter Parker is having to adjust to the news the world knows his secret identity – and this leads to attention from the authorities.

Parker, May, MJ, Happy and Ned are all picked-up by Damage Control, a government arc that deals with the aftermath of superhuman/alien/villain incidents.

While interviewing Happy, it’s revealed that a wealth of Stark tech has gone missing since the death of Tony Stark – which sets up Disney+’s Armor Wars, where James Rhodes will track down this technology and where we’ll also see the introduction of Riri Williams.

The MCU’s MJ is vastly different from the source material and, until now, her name merely seemed like a call-back to comic lore. However No Way Home revealed that Zendaya’s character is indeed a form of the MJ we all know and love.

During the police interviews, it’s revealed that MJ’s full name is Michelle Jones Watson. MJ Watson, the name of Parker’s long-term love interest in the comics who would go on, in some areas of continuity, to be his wife and mother to his child.

A surprise that would’ve had a lot more impact had it not been for leaked photos, Matt Murdock made his MCU debut in No Way Home, giving legal counsel to Parker and Happy.

Prior to the film’s release, the discussion around Charlie Cox’s character orientated around how significant his cameo in No Way Home would be. While it was only a single scene, it packed a punch – as Murdock showed off his Daredevil abilities by catching a brick thrown through the window.

Along with the big reveal from Hawkeye episode five, it’s clear that Daredevil has a significant role to play in years to come and it’s highly likely we’ll see him in next year’s She-Hulk series on Disney+.

May Parker’s day job is revealed during No Way Home, working at the FEAST centre helping the disadvantaged. It’s here she sets the narrative for the entire movie as she pushes Peter to “do the right thing”.

FEAST will be familiar to fans of the PlayStation game series as well as those in the comics and may also set-up a future villain, Mr Negative, who was the big-bad in the aforementioned Spider-Man game.

Matt Murdock made his MCU debut in No Way Home (Image: NETFLIX)

Throughout the build-up to No Way Home, there were plenty of teasers and references to Ned Leeds’ alter-ego in the comics, the Hobgoblin.

Picking up a crossbow in Dr Strange’s basement and speaking to Tobey Maguire about his best friend, who in the Raimi trilogy was Harry Osborn and became the Green Goblin before dying, Leeds assured Peter that he would never betray him and become a supervillain.

One of the most powerful moments in the film comes when the three Spideys meet for the first time and discuss those they have lost, with Holland just witnessing May’s death.

Conversations then turn to Uncle Ben from Maguire’s trilogy and Gwen Stacy from Garfield’s two films.

In that chat, Garfield explains how he will never forgive himself for being unable to save Gwen.

Later however he has his redemption when he manages to save MJ, whose fall from the Statue of Liberty is eerily similar to Gwen’s death scene.

It leads to an emotional moment for Garfield’s Spider-Man and brings the discussion around full circle.

After curing Electro, Garfield’s Spider-Man talks to Jamie Foxx’s character – where the latter says he always thought Spider-Man was Black – in a major hint.

In this discussion, Electro says there ‘must be a black Spider-Man somewhere’ – referencing Miles Morales, who we’ve seen in the Into the Spider-Verse movie and will see again in next year’s sequel.

Miles has plenty of storylines which could be brought into the MCU and the film’s not-so-subtle nod shows producers are well aware of this.

Having seen Spider-Man’s origin in the two previous films with Maguire and Garfield, Marvel and Sony opted to skip this trope with Holland.

Instead he made his debut during Civil War, coming after Peter first donned the Spider-Man uniform.

While we’re never likely to see the actual scene where Parker is bitten by the spider – or see him adjusting to his abilities for the first time – the end of the film wipes the slate clean with everyone, including all the heroes Spider-Man has fought alongside as well as MJ and Ned, forgetting who Peter Parker is.

Crucially though, they remember Spider-Man and, moving forward, Parker will have to adjust his life to being completely unknown and starting afresh.

it could see a more comic-accurate Spider-Man being developed – one that is a freelance photographer for the Daily Bugle on the side.

In the mid-credits scene, fans got what they wanted with Tom Hardy’s Eddie Brock/Venom appearing in the MCU – but all is not as we thought, as he’s quickly sent back to his universe when Strange’s spell is made.

However, part of the symbiote is left behind – teasing Venom’s full introduction to the MCU.

It means we could see the true comic accurate development of the villain, with the symbiote initially bonding with Parker before being abandoned for Brock.

This could also set-up a link between Spider-Man and the Fantastic Four later down the line, as it was Reed Richards who discovered the true origins of Spider-Man’s black suit.

Marvel took a different approach with No Way Home’s end credits scene, electing not to have a brief teaser but instead having a full-blown first look at Dr Strange and the Multiverse of Madness.

It appears this film, coming in May 2022, connects heavily to WandaVision, Loki and No Way Home, with the multiverse fully explored.

The trailer also revealed a big connection to Disney+’s animated What If…? series.