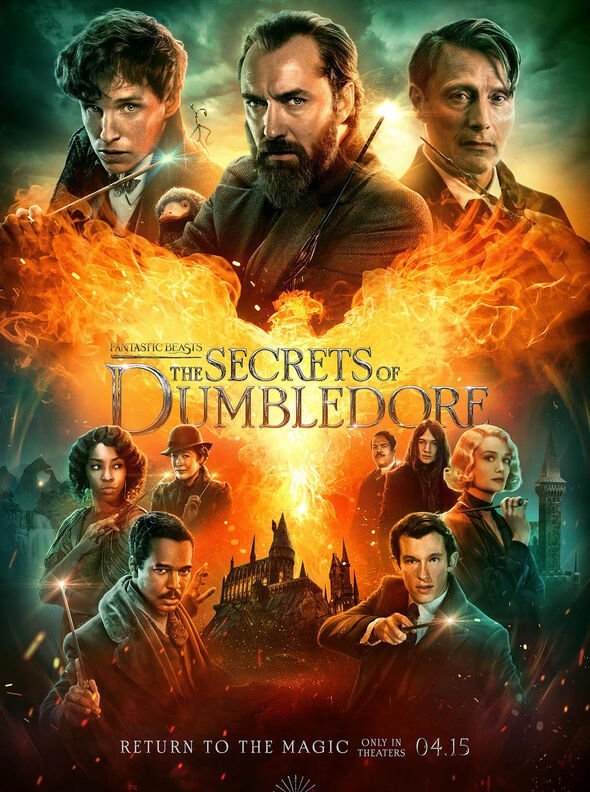 Fantastic Beasts has so much going for it, especially a uniformly excellent cast with a couple of marvellous new additions. It picks up from the Crimes of Grindelwald cliffhanger with Credence (Ezra Miller) reeling from being told he was a cruelly abandoned Dumbledore, while the wizarding world hurtles towards war. It also finally delivers on all the hints and teases and shows us Dumbledore and Grindelwald together, directly expressing how strong their love for each other was, and maybe still is. It certainly does not shy away from the depth of their feelings. It is a massive moment for representation in the franchise’s history and in mainstream blockbusters altogether. This film should have been so good. Instead, JK Rowling and Steve Kloves’ plodding and pointless script delivers a dull and disgracefully padded filler of a film that leaves us nothing and nobody to care about.

Law is superb as the world-weary Dumbledore, his secret heartbreak over his boyhood love for Grindelwald etched on his face. He is the powerful centre of this movie and commands every scene he is in, even while his Michael Gambon-esque Irish burr drifts in and out.  Similarly, Mikkelsen is mesmerising as Grindelwald, a far more menacing and pitilessly sinister presence than Johnny Depp’s previous incarnation.

Their scenes together pack a real punch, even if the writing (as elsewhere) is relentlessly pedestrian. They deserve better. An unfortunate early exchange doesn’t help, when they meet in a restaurant and Grindelwald glances down at Dumbledore’s body and then says, “Show it to me.” Sniggers rippled across our preview audience. Yes, he’s referring to their blood pact pendant, but clumsy writing rather spoiled a powerful and important on-screen acknowledgment of their gay relationship.

That pendant is an inspired piece of plotting, establishing that neither can ever move directly against the other. It is supposed to be unbreakable, a beautiful and terrible symbol of a love that was warped and betrayed. Instead, it is cavalierly destroyed at the end in appallingly fudged money that defies logic. It is just one example of poor writing that undermines the entire movie.

Equally disappointing is the sidelining of Credence as he wrestles with what he has been told about his family and we discover whether that is true or not. To be honest, it remains unclear. Dumbledore earnstly swears he did not know his brother had had a child whose mother spirited it away. Yet Albeforth (Richard Coyle) later says he always knew he had a son.

Coyle is a strong, brooding presence who has embarrassingly little to do except scowl and wipe away his son’s anguished messages on a mirror.

Miller is even more wasted as Credence. This central, fascinating and complex character (and equally fine actor) from the first two films is woefully underused in the third and his storyline fizzles away as the story progresses. Despite being unimaginably powerful, he keeps failing to kill Albus Dumbledore, and just mopes and broods (genetics at work), until he is suddenly revealed to be close to death as his Obscurus destroys him.

His decline and long-awaited reunion with his father should be tragic and heartbreaking but gets lost in the frantic finale fiasco.

The main thrust of the film centres on Grindelwald’s attempts to disrupt and then potentially steal the election for the next worldwide leader of the wizarding world.

A new fantastic beast, a Qilin (sometimes Qirin), is the key to everything. The ‘Asian unicorn’ has the unique ability to see the true soul of person and can also see glimpses of the future. It also traditionally used to select the new wizarding world leader by confirming their purity of heart. Grindelwald, naturally, has very foul plans for the adorable newborn creature, killing it to see the future and then resurrecting it as a warped vessel to anoint his own leadership bid.

But, guess what, there was actually a twin, which Dumbledore now has. It means he too can also see the future but decides the only way to foil Grindelwald is for everyone to do everything that makes no sense, so it can’t be predicted. Firstly, this means the film fatally starts to make even less sense, while, surely Grindelwald would still have been able to see this plan anyway? Or Dumbledore’e Qilin could have seen Grindelwald’s Qilin seeing Dumbledore… ad infinitum.

And that’s about it. There are some foiled assassinations, Newt’s brother Theseus suffers a limp capture and rescue that serves no purpose except to pad out the film and introduce the humorous (but deadly) Blast-Ended Skrewts. It’s another comedy moment for Newt (Eddie Redmayne) to do silly dances and is perfectly entertaining, if overlong. And we’ve seen all this before.

What was charming and whimsical in the first film is fast becoming tiresome as we desperately wait for the plot to actually go anywhere. If only the Qilin had warned us it doesn’t.

Meanwhile, the always watchable Jacob (Dan Fogler) provides huge heart and humour, as usual, and even gets his own wand. His main mission is to try and get his beloved Queenie (Alison Sudol) back from Grindelwald. The divided lovers are as compelling as ever, although Queenie’s ‘choice’ to follow the dark leader was never that convincing in the first place and provides little real drama this time around. Their entire relationship has basically been an endless series of obstacles to teh altar.

As for Newt’s main squeeze, Queenie’s sister Tina, she is entirely off-screen until a cursory reappearance at the very end.

New character Lally (Jessica Williams), a Charms professor at Ilvermore, the American counterpart to Hogwarts, is a welcome and spirited addition to the cast. Yet again, however, the script rarely delivers enough for her to truly engage with.

William Nadylam bobs around in the background as Yusuf with a transparently pointless subplot to infiltrate Grindelwald’s inner circle that goes nowhere. Yeah, we didn’t even need a cute deer unicorn thingy to see that one coming, either.

In fact, there is little real sense of context, texture, depth, jeopardy or consequence throughout the entire film. Potentially interesting secondary characters remain resolutely two-dimensional, every conflict and clash is ultimately resolved far too easily. We are all huge Dumbledore fans but he is fast becoming seemingly omnipotent and omniscient, while dishily kitted out in killer knitwear and trilbys. With the blood pact tying his hands, Grindelwald never truly seemed like he is his match, and now that it’s gone…

The major battles between Dumbledore, Credence and Grindelwald are also rather muddled to watch. Although much of this big budget blockbuster looks suitable glossy, surprisingly, some of the CGI wide-screen panoramas, especially a long-shot of Hogwarts, are poorly rendered.

To be clear, the film still generally looks very handsome and the performances are universally strong. It’s not even a problem that the whole series is nominally based on a slim textbook. The wider story of wizard and Muggle worlds sliding into fascism against personal dramas is more than fascinating enough.

It’s just that this film brings nothing new to the storylines, it goes in endless circles and the script frequently sags. So many characters from the international wizarding world are briefly introduced but never explored. But then neither are the central ones. It’s frustrating and, worst of all, it drags.

It’s starting to feel like those three ludicrously stretched Hobbit films. And nobody, Muggle or otherwise, wants that.

FANTASTIC BEASTS THE SECRETS OF DUMBLEDORE IS OUT NOW