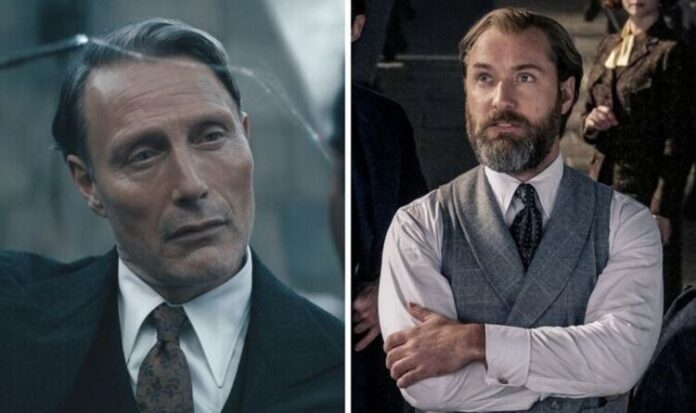 The Fantastic Beasts: The Secrets of Dumbledore is set decades before the events of the original Harry Potter films and this new instalment will give fans a chance to see Hogwarts again like never before. In fact, this next chapter will be more connected to the original franchise than ever, as Albus Dumbledore star, Jude Law, has promised it will reveal the backstory “that helped shape the legendary wizard.” The second trailer reveals even more than that.

First teased earlier this week (February 21), the second trailer is the first new look at the film since December 2021. Law was just as excited to share it, posting a short video to hype audiences up before the big drop.

He said: “What a privilege it is to play Albus Dumbledore. One of the world’s most powerful wizards. A man who’s always one step ahead. A man who believes in the good in people and someone quick to offer wise, if not cryptic, words of advice. I’m thrilled to say that some of the backstory that helped shape the legendary wizard that we came to love in Harry Potter will be revealed in this film. The stakes are very high for him, and he needs an unlikely team of heroes to face his greatest test yet.”

There isn’t long to wait for the film either, as it will premiere on April 8, 2022, in UK cinemas. For fans in the USA, they will get it just one week later on April, 15.

This third entry marks the halfway point for the franchise, as there are five films slated for the series. Little is known about the fourth and fifth parts, with delays for The Secrets of Dumbledore meaning the whole series’ schedule has been moved.

This isn’t the only problem the movie has had to contend with, as it made a last-minute actor change after shooting had already begun.

In the first Fantastic Beasts, Colin Farrell played the part of Grindlewald, only for the twist at the end when he was shown to be Depp in disguise. Perhaps, that still wasn’t his final form, and it was in fact Mikkelsen this entire time.

Regardless, the plot looks to be more action-packed than ever, as the synopsis reads: “Professor Albus Dumbledore knows the powerful Dark wizard Gellert Grindelwald is moving to seize control of the wizarding world.”

It adds: “Unable to stop him alone, he entrusts Magizoologist Newt Scamander to lead an intrepid team of wizards, witches and one brave Muggle baker on a dangerous mission, where they encounter old and new beasts and clash with Grindelwald’s growing legion of followers. But with the stakes so high, how long can Dumbledore remain on the sidelines?”

Fantastic Beast 3: The Secrets of Dumbledore hits cinemas on April 8, 2022.

The Harry Potter and Fantastic Beasts films are available to watch on NOW.