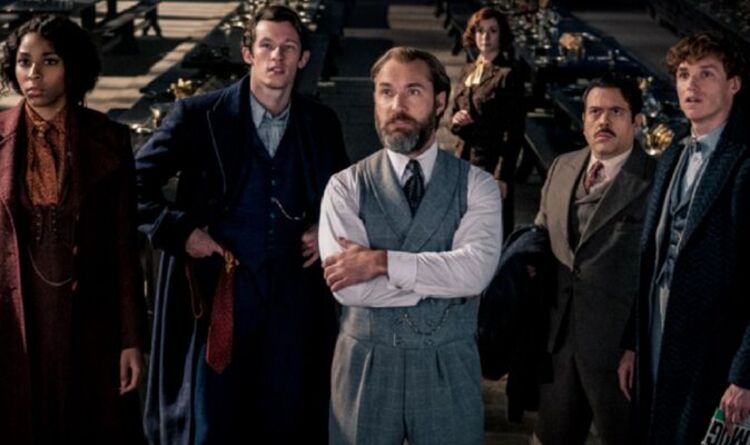 Rowling seems to have twigged this over-stuffed and overly serious series was heading to the dark side. So in this third of a planned five-movie series, Eddie Redmayne’s charisma-lite Newt is pushed to the sidelines to allow a Hogwarts’ favourite to take centre stage. As the title suggests, this 142-minute film is mostly about the spat between the now openly gay Dumbledore (Jude Law) and his bitter, powercrazed Danish Mads ex (we’ve all got one) Grindelwald.

Now we’re in the 1930s and Grindelwald is hoping to hijack an election and become the first anti-Muggle leader of the magical world.

When Dumbledore and Grindelwald were young lovers, they made a blood pact never to fight each other, and sealed it in a magical amulet.

But while the Hogwarts’ headmaster can’t stop him with magic, he can scheme from the sidelines.

Highlights include a subterranean prison break and a spectacular wand fight in the streets of Berlin.

It’s more entertaining than the first two films but there’s still a Hogwarts-sized hole in this series. I suspect it was the childish wonder of its young heroes that made the original Potter movies so magical.

Fantastic Beasts: The secrets of Dumbledore… in cinemas now

Fantastic Beasts: The secrets of Dumbledore review – Not as magical as Harry Potter