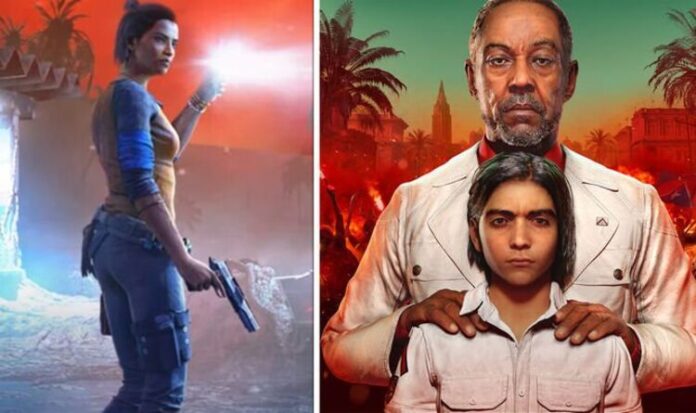 Massive open-world shooter Far Cry 6 is free for the next few days. Ubisoft’s huge first-person shooter is free to download and play on PS5, PS4, Xbox Series X/S, Xbox One and PC. The free trial runs from now until the evening of March 27. There’s extra incentive if you’re a fan of Stranger Things, because you can try the new crossover mission titled ‘The Vanishing’.

If you want to access the Stranger Things content, simply finish the tutorial mission in Isla Santuario and unlock one of the guerrilla camps.

“Once at a guerrilla camp, you will get a call from Juan and “THE VANISHING” mission title will appear. The mission can also be accessed from JOURNAL > YARAN STORIES,” Ubisoft explains.

“In ‘The Vanishing,’ you will enter a twisted version of Yara, inspired by the Upside-Down, where Yarans are disappearing, and no one is safe – not even Chorizo.

“It’s your mission to search for Libertad’s canine friend and find out what happened to the missing Yarans.”

In more good news, there are no additional requirements to access the free trial on PlayStation, although Xbox users will need to subscribe to Gold.

You can also play two-player co-op, either with a friend or by using the public matchmaking system.

“The 2-player coop mode is accessible at any time in the game. You can play with a friend or use the public matchmaking.

“If you are invited to join an existing player’s session in co-op, you can bypass unlocking the guerrilla camp by accepting their invite after the tutorial.”

Far Cry 6 takes place in a tropical island that’s under the rule of a bloody dictator.

“Welcome to Yara, a tropical paradise frozen in time. As the dictator of Yara, Antón Castillo is intent on restoring his nation back to its former glory by any means, with his son, Diego, following in his bloody footsteps.

“Their oppressive rule has ignited a revolution.”