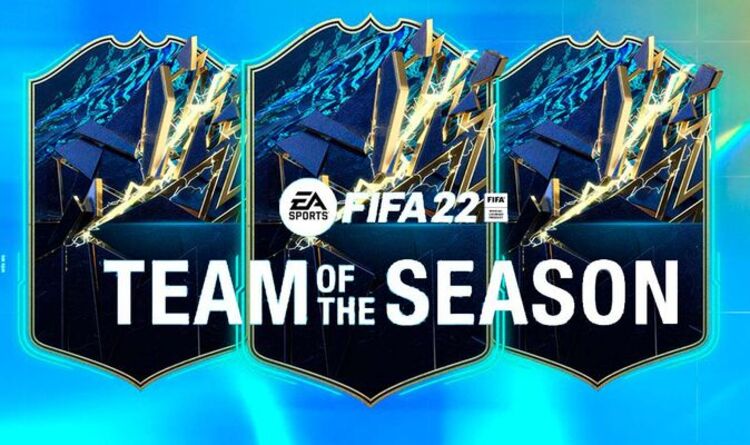 Announcing the news, the @EASportsFIFA Twitter posted: “Tomorrow…Team Of The Season begins.

“Community #TOTS kicks us off and your VOTE decides the team”.

The FIFA 22 TOTS website has a countdown running on it showing how much longer is left until voting for the Community Team opens.

According to the countdown, voting for the FIFA 22 TOTS Community Team begins at 6pm UK time.

Ahead of voting open for the FIFA 22 TOTS Community Team, predictions have been made about who will be included in one of the upcoming Team of the Season squads.

The Premier League TOTS team is each year one of the most eagerly anticipated Team of the Season squad.

And if you’re wondering which EPL players could be getting upgraded cards then Futhead has some picks.

The FIFA-centric site has given their predictions for the FIFA 22 TOTS Premier League squad, with Liverpool’s Mohamed Salah predicted to get the highest rated card – an overall 98 rated FUT card.