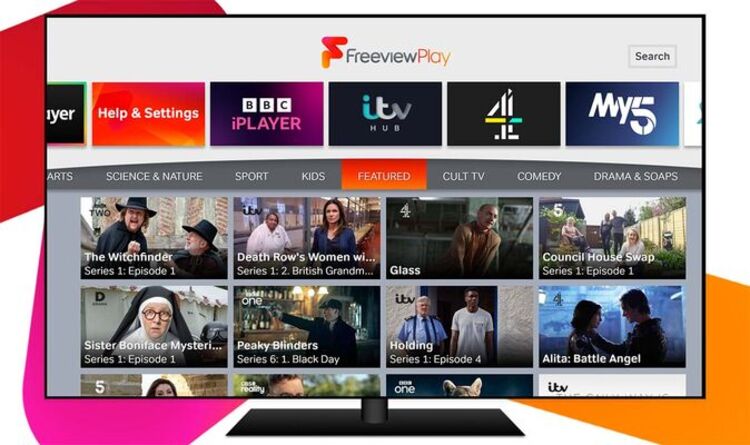 You probably know all about Freeview channels, but did you know the terrestrial telly platform has an upgraded service packed with thousands of hours of on-demand boxsets and movies? Freeview Play is available on your Smart TV, Freeview set-top boxes from Humax and others, or via apps for Android and iOS. This internet-connected version of the popular free-to-view player offers access to live Freeview programming as well as a library of hundreds of boxsets. And in the past year alone, Freeview has increased the amount of on-demand content available with Freeview Play by a staggering 10,000 hours.

In total, Freeview Play now offers 40,000 hours of on-demand content with over 700 boxsets available to watch entirely for free. That’s a record for the service, which is funded by BBC, Channel 4, and ITV.

As a comparison, figures published for April last year showed that Prime Video had 41,200 hours worth of content, compared to Netflix’s 38,200 hours and 8,960 hours worth of entertainment on Disney+. But all of these figures have no doubt increased since then as the big three streaming services expanded its libraries with even more new and exclusive content for viewers to watch.

Brand-new additions to the Freeview Play library include the final series of the Peaky Blinders, latest high-profile ITV drama The Ipcress File, Channel 4 crime comedy The Curse, and Married at First Sight Australia.

This wealth of content can be accessed without paying a single penny, with Freeview Play bragging that it is home to 95 percent of the UK’s most watched shows.

Once you download the Freeview Play app you’ll have access to over 80 live channels as well as on-demand content from players such as BBC iPlayer, ITV Hub, All 4, My5, UKTV Play, Horror Bites and more.

Just remember though that you’ll need a TV license to access all of this.

Speaking about the latest landmark, Freeview Play marketing director Owen Jenkinson said: “Freeview Play just keeps getting bigger and better. Over the past few months alone more live channels have been added to the platform, such as W channel, and BBC Three, and our on-demand offering is now an incredible 40,000 hours strong. Free TV has never looked so good”.

Freeview Play first launched in 2015 and has been included pre-loaded on 15million devices sold since then such as LG, Panasonic, Sony and Toshiba TVs, as well as Humax recorders.

The service has 11million regular users, so there’s still plenty of people out there in the UK who aren’t taken advantage of this great service right now.

And Freeview Play, which you can sign up for today free of charge, may now look even more appealing than ever before considering the cost of living crisis hitting the UK as well as recent price rises to Netflix.

Thousands of MacBook owners won't get the latest features – are...