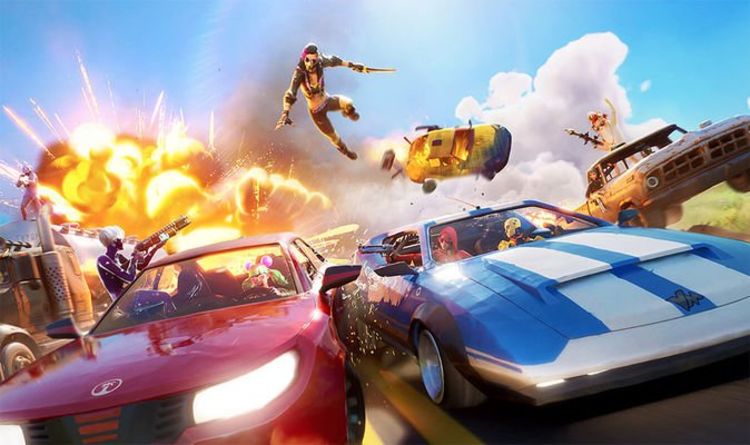 Fortnite Season 5 LEAK: Epic tipped to make a HUGE change for next season

Fortnite developer Epic Games could be getting ready to introduce a new currency to Battle Royale.

According to a new leak posted online by HYPEX, a new “Wad” item could be added to stashes and safes.

The currency would presumably be used to purchase items within matches – not for cosmetics.

While nothing has been confirmed by Epic Games, any change this significant is likely to be saved for a new Season.

“A new “Wad” item/currency got added this update to the loot pool, it’s planned to spawn in stashes & a safe (thanks to @Not0fficer for the help),” reads  HYPEX tweet.

Epic Games is planning to hold a big Halloween concert ahead of the start of Season 5.

Taking place on October 31, Fortnite fans can check out a concert headlined by J Balvin.

The event takes place at 9pm ET, which means UK fans will have to wait until 1am GMT on November 1.

“Headlining this year’s Fortnitemares event, reggaeton global ambassador superstar and four-time Latin GRAMMY winner J Balvin will awaken your spirit in the Afterlife Party – a special performance in Party Royale featuring his biggest hits and the debut of his brand new song with Sech!

“The party begins at the Main Stage in Party Royale on October 31 at 9 PM ET.”

Fortunately, however, Epic is planning to hold a number of encore performances at a more sociable time.

“When the Afterlife Party premiere wraps, you can catch rebroadcasts of J Balvin’s performance on November 1 at 1 PM ET and 6 PM ET (10 AM PT and 3 PM PT) – again at the Main Stage.

“You can also watch the premiere and the 6 PM ET/3 PM PT rebroadcast with your friends on mobile on the Houseparty group video chat app!”

Anybody who attends the concert wearing the Party Trooper Outfit will receive the exclusive J Balvin style.