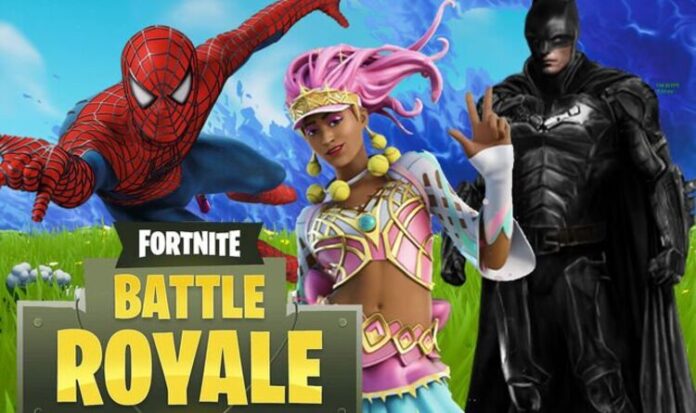 Fortnite update 19.40 is about to launch on PS5, PS4, Xbox Series X/S, Xbox One, PC, Android and Nintendo Switch. Announced by Epic Games on Twitter, the next major Fortnite update has a March 1 release date, and a 9am GMT launch time. Needless to say, as a major numbered update, the next patch will be accompanied by a period of extended server downtime, as Epic performs some behind-the-scenes maintenance. Carry on reading for more about what to expect from the new update, as well as the complete list of early patch notes.

While the headline new feature is yet to be announced, a recent Epic tweet hints at more superhero content to come.

“Prepare to Swing into the v19.40 update scheduled for release on March 1st,” reads an Epic tweet. “Downtime will begin at 04:00 AM ET, with matchmaking being disabled 30 minutes before.”

Judging by the tweet, Epic is getting ready to release new Spider-Man skins and/or items to Fortnite.

Elsewhere, Epic Games will reportedly release a new Batman skin to coincide with the upcoming movie.

“An inspiration to many, Naomi Osaka — tennis champion, activist, fashion designer, and entrepreneur — is soon taking on her next challenge.

“And you get to join her on the adventure! Noami Osaka’s dropping onto the Fortnite Island as the latest member of the Icon Series, with her Outfits and accessories becoming available Thursday, March 3, 2022, at 7 PM ET.

“Eager to serve an ace even before owning the Naomi Osaka Outfits? Compete in the Naomi Osaka Cup happening March 2! The top-performing players in each region will unlock both Outfits and both Pickaxes/Back Blings of the Naomi Osaka Set, as well as a Spray.”

Express Online will keep this story updated with all the new features added as part of update 19.40. In the meantime, check out the early patch notes below.

General fixes and issues under investigation:

• Outfits Sometimes Glow with Blue FX in the Lobby

– Sometimes player outfits will glow with a bright blue ‘hologram’ effect when in the lobby.

• Navigating Discover menu may become unresponsive with a controller.

– Players rarely may find the Discover menu UI unresponsive when using a controller.

• Unable To Control Quadcrasher While Flying

– In the air, players are unable to use movement keys while piloting the Quadcrasher.

Creative fixes and issues under investigation:

• Storm will start before the indicated UI timer.

– We’re aware of an issue that is causing the storm movement to start before the indicated UI timer.

• Cannot copy/paste barrier device if it extends outside of the Island barrier.

– We’re aware of an issue that is causing creators to be unable to copy/paste the barrier device if it extends outside of the Island barrier.

• Copying devices in sets affects the amount of channels that can be received.

– We’re aware of an issue that is causing copied devices to receive limited signal channels.

– We’re aware of an issue that is causing creators buildings to be misaligned when multi-selecting pieces.

• Aim Assist does not appear to be working on Switch

– We’re investigating an issue which may prevent aim assist from working while using motion controls on Nintendo Switch.

• Black Textures Can Be Seen Flashing in the Sky

– Players on Samsung S21 and OnePlus9 devices may see black flickering in the sky.

• OnePlus 9 users do not have the option for 90FPS

– We are aware that players using a OnePlus 9 device do not currently have the option to use 90 FPS. This will be fixed in a future update