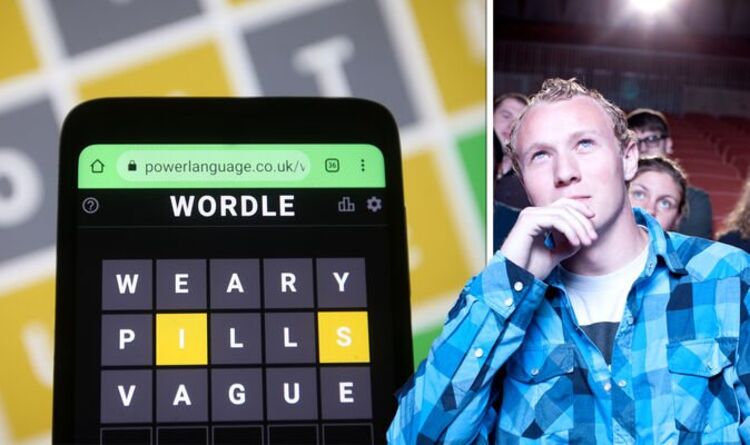 For the newcomers to the game, Framed is a new version of Wordle that allows the film buffs to really flex their viewing muscles. Players have six chances to guess the correct movie title. Each time they get it wrong they are shown another screen from the film to help them along the way.

Scroll down for some spoiler-free hints to the movie.

The first screenshot shows a man holding what looks like a switch while he stares out a window.

A crowd of people have gathered outside a door. But they don’t look completely normal.

Do they want to harm the character?

Clue two clearly shows off the protagonist of the film staring into the mirror.

The British actor is best known for appearing in a trilogy of films named after a specific brand of ice cream.

He also went trekked to space for two films.

Who is the man looming behind him?

The actor from the previous slide is now joined by another British star.

This actor is also well known for appearing in a trilogy of films named after a sweet delicacy.

Between them, in the distance, is a figure coated in shadow.

His stance is a little wonky – is he injured? Is he somehow already dead? Does he want to cause harm to the characters?

The previous two characters are now seen in a pub of some sort.

Could this just be a pub, or could it also be a fortress, or perhaps even a romantic location for a date?

The man in the white shirt looks quite heartbroken, don’t you think?

Once again the two characters are hanging out. This time they are playing video games on a sofa while surrounded by beer cans and snack wrappers.

It’s as if they are in their own little bubble while the world around them is changing at a drastic pace.

The two heroes are now joined by a third, a woman, and all of them are holding pool cues.

They wield them like weapons, and a pool table sits behind them.

Is this the same pub they were in back in clue four?

The main character is also covered in blood. He’s got red on him.

Did you get today’s Framed answer?

If so, congratulations! If not, better luck tomorrow!