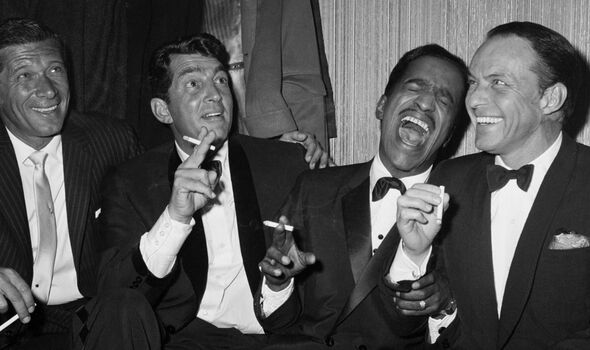 Nicknamed Ol’ Blue Eyes, Sinatra remains one of the world’s most infamous figures, a giant in show business, music and film. As well as winning a host of Grammy Awards for his breathtaking voice, the New Jersey-born star also collected an Oscar for his acting talents, for his turn in From Here to Eternity. While his acting abilities are not as well remembered as his vocals, Sinatra won acclaim for his role in Pal Joey, even earning a Golden Globe.

But what’s often unknown to many Hollywood fans, is Sinatra’s objection to the timeless classic The Godfather, and his supposed influence on the film itself.

The Godfather, based around the Corleone crime family, starred the likes of Hollywood heavyweights Marlon Brando, Al Pacino and James Caan.

Its impact remains well documented, and it is ranked second on the American Film Institute’s list of the 100 Great American Films of All Time.

In March, fans marked the 50th anniversary of its release in 1972, resurrecting with it the anger of Sinatra.

According to reports, Sinatra was incensed that Mario Puzo’s 1969 novel was being made for the screen.

The infamous confrontation between Puzo and Sinatra, at a Hollywood eatery called Chasen’s, would go on to earn its own place on the screen, in Michael Tolkin’s The Offer, a new Paramount+ series, out later this year.

According to USA Today, Tolkin said last month: “The only story I knew about making ‘The Godfather’ was that Mario Puzo got into a fight with Frank Sinatra at Chasen’s.

“So I had five minutes in the show written, and I just needed nine hours and 55 minutes more to fill it in.”

JUST IN: Michael Buble’s ‘Higher’ review: Nastalgia… and all that jazz

Reports have continued to emerge that aspects of Sinatra’s life were included in The Godfather, something that left the crooner demanding his lawyers saw the scripts.

Mark Seal, author of Leave the Gun, Take the Cannoli: The Epic Story of the Making of The Godfather, said: “In many ways, Sinatra loomed over the ‘The Godfather’ production from afar.”

The publishers of the scripts declined Sinatra’s requests, and after it was made public many commented how the character Johnny Fontaine could have been modelled on the crooner.

Fontaine was well-known for his hard-drinking, womanising attitude to life, and who turned to the Godfather to help revive his lagging singing career with a movie role.

Reports suggest that Sinatra’s anger towards Puzo affected the writer.

In The Godfather Papers and Other Confessions, Puzo described Sinatra as “an idol.”

He added: “I felt depressed.

“I thought Sinatra hated the book and believed that I had attacked him personally.”

However, later Puzo would claim Sinatra warmed to the movie, and even told the film’s director Francis Coppola he would have had a role in The Godfather.

Puzo said Sinatra would have “gladly played the Godfather” for Coppola, adding that the singer “wouldn’t do it for those guys at Paramount but I’d do it for you”.

The Godfather was a blockbuster, breaking many box office records to become the highest-grossing film of 1972.

The Godfather has received overwhelming critical acclaim and is seen as one of the greatest and most influential films of all time, particularly in the gangster genre.

It won three Oscars, including for Brando as Best Actor, though he famously turned down the honour.