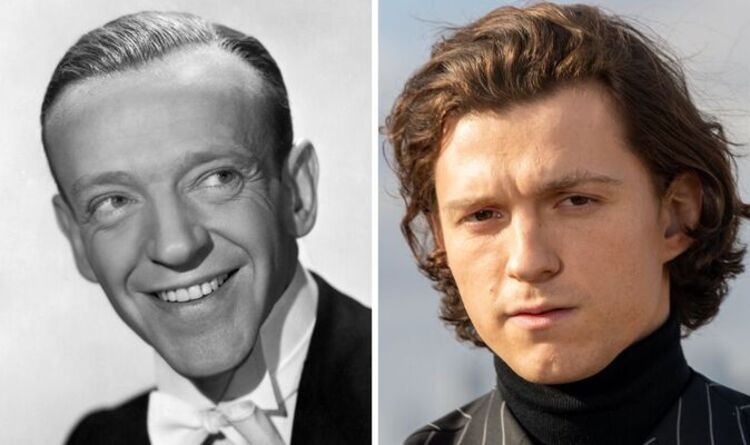 The Nebraska-born singer, dancer and actor is among Hollywood‘s most cherished stars, and today his classic film Easter Parade will air on BBC Two at 12.20pm. In the 1948 musical, Astaire takes on the role of Broadway star Don Hewes, who boldly claims he can turn anyone into a hit performer. The inexperienced Hannah — performed by Judy Garland and who Don falls deeply in love with — takes him up on his challenge.

It is among the many classics Astaire made throughout his time in Hollywood, a period in which he spent most of his time with on-screen partner Ginger Rogers.

The pair starred opposite one another in an incredible ten films, including the much loved Top Hat.

But fans of Astaire were frustrated when news emerged last year that Holland was due to perform as the iconic film star in an upcoming biopic on his life.

The Spider-Man star was cast by Sony for the still unnamed film, which Holland recently confirmed he had received the script of.

His announcement sparked a backlash online, with many users highlighting Astaire’s dying wish for no film to be made about his life.

Others, meanwhile, cast doubt on whether Holland was even right for the role.

Another said: “Tom Holland is a great Spider-Man, but nobody can dance like Fred Astaire.”

According to Tim Satchell, who wrote Astaire: The Biography in 1988, the star once said: “However much they offer me—and offers come in all the time—I shall not sell.”

Even in his will, Satchell reported, Astaire’s wish was included.

He commented: “It is there because I have no particular desire to have my life misinterpreted, which it would be.”

Meanwhile, Holland confirmed a script was now finished and that he had received a copy.

Holland told reporters late last year: “The script came in a week ago.

Among his last messages before his death was to thank his fans for their support across his long career in Hollywood.

Holland has previously shown his affection for the so-called Golden Age of Hollywood.

This included in 2017 when he paid tribute to Gene Kelly’s Singin’ in the Rain dance on the series Lip Sync Battles when he combined the song with Rihanna’s Umbrella.