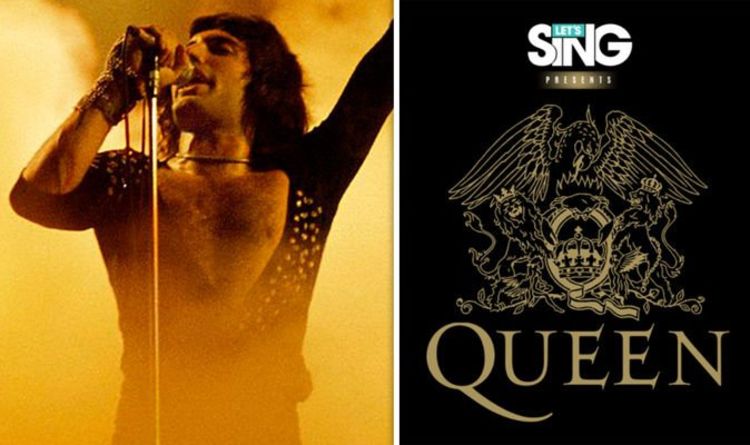 Freddie Mercury returns in Let’s Sing Queen: How do you compare to legendary frontman?

Let’s Sing presents Queen is out now on PS4, Nintendo Switch and Xbox One.

The latest game in the Let’s Sing franchise is particularly appealing, because you can actually vocalise with legendary Queen frontman Freddie Mercury.

It’s all part of the game’s ‘Feat.’ mode, which challenges players to match voices with Mercury in order to boost your compatibility score.

If you’re too intimidated to team up with Freddie Mercury, you can sing along to the game’s 30 different Queen tracks by yourself or with friends.

There are a variety of online challenges, a mix tape mode featuring multiple Queen songs, as well as local multiplayer where two teams face off to score the most points.

“Grab the microphone and get ready to rock the virtual stage!” reads the official description.

“Step out into the spotlight with your friends in compelling game modes or make sure you are no invisible man when you sing alone, wanting it all.

“Follow in the footsteps of Queen with their legendary lead singer Freddie Mercury and make the rocking world go round. Let their music take you on an incomparable trip through different decades and experience Queen the Let’s Sing way!”

Now all we need is that Brian May Guitar Hero and we’ll be sorted!

Not only does Let’s Sing feature countless game modes and official Queen music videos, but fans can also play without a microphone.

According to the development team, the game can be played using your smartphone as a microphone.

“Don’t have a USB microphone at hand? No problem, turn your smartphone into a mic with the Let’s Sing Microphone-App and start singing your heart out!” the post continues.

“Master “Bohemian Rhapsody”, challenge your friends to a “Bicycle Race” or rock out to hits like “We Will Rock You”, “Another One Bites The Dust”, “I Want To Break Free” and “We Are The Champions”. The tracklist with 30 of Queen’s greatest hits will make the hearts of fans sing!”

Speaking of the tracklist, you can see the entire offering of Queen songs in the latest Let’s Sing game below.

• A Kind of Magic

• Another One Bites The Dust

• I Want To Break Free

• Princes Of The Universe

• The Show Must Go On

• Tie Your Mother Down

• We Are The Champions

• We Will Rock You

• Who Wants To Live Forever

Oscar winner George Chakiris opens up about his career, jewelry, and...