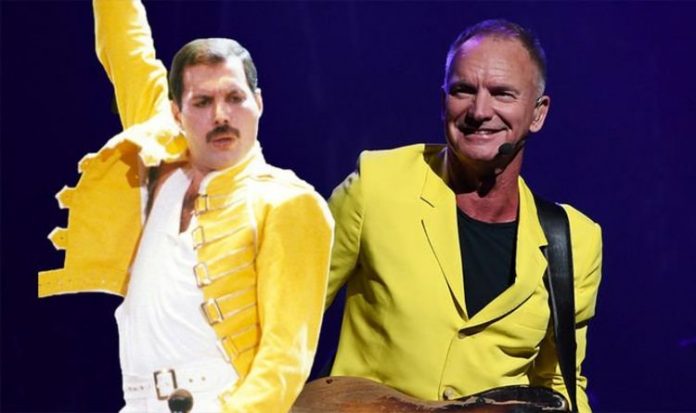 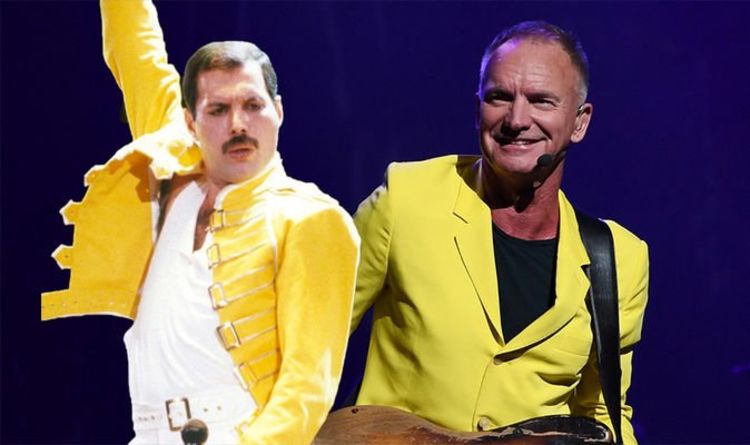 Over the weekend, Sting sat down with Dermot O’Leary for a nostalgic look back through his career, broadcast as part of  Reel Stories on BBC2. One section revisited the extraordinary scenes at Live Aid on July 13, 1985, when most of the biggest names in music came together for an extraordinary charity concert. While they were watching clips from the day, Freddie Mercury came up on the screen and the Police icon gave a heartfelt and powerful tribute to the much-missed star.

Sting admitted that even though he is a major global star himself, it was still “blowing my mind” watching the line-up on the day. He also added: “So many people no longer with us.”

Asked what his main memory was from Live Aid, he said: “I enjoyed it. After I’d sung, I had a ball watching everyone do their thing.”

And then he revealed who he thought was the best act on a day that included (on both sides of The Atlantic) David Bowie, Elton John, Madonna, The Who, George Michael and his own band, The Police.

READ MORE: Did they turn the volume up? Queen Live Aid myth busted by the man in charge at Live Aid

The idea is that long-time engineer Trip Khalaf ‘cheated’ with a sneaky trick.

Even Brian May said: “We sent our brilliant engineer to check the system, so he set all the limiters for us. We were louder than anyone else.”

The man in charge of the sound for the whole stadium on the day says it was completely impossible. So, what really happened?

Malcolm Hill’s company Hill Pro Audio installed all the sound systems at Wembley Stadium for Live Aid. His company even received a formal letter from the Greater London Council commending them for maintaining the strict sound levels put in place.

He told Express Online: “Nobody on or around the stage would have had any control of, or even knowledge of, the sound system operation… The system was controlled by a ‘processor rack’, 100 metres away, in the middle of the pitch, tucked out of the way, to the side of the mix platform.”

Basically, it was impossible for anyone to increase the sound limit.

In layman’s terms, Queen weren’t actually any louder, but they sounded louder. Queen did sound better than most of the other bands at Wembley for two very impressive reasons.

Firstly, Queen’s talented sound engineer was one of the few who knew how to properly maximise the output within the limits so Queen sounded clearer and louder. Brian May was correct when he said Trip made them sound louder.

Hill explains: “Trip Khalaf from Queen wasn’t phased by anything. He just walked up to the mixing desk he’d never seen before in his life, set it all up and the rest is history. You wouldn’t be able to launch Bohemian Rhapsody if their set (sound) hadn’t been massive.”

There was one other factor, of course, which really set Queen apart and above the rest.

Hill adds: “Queen didn’t come on and do their normal set, they rehearsed a specific set that would work with no soundcheck and a 15-minute slot.”

Live Aid organiser Bob Geldoff and Brian May have both acknowledged Queen’s precise understanding of the importance of delivering a hit-packed set tailored to the event and the time limit.

And, as Sting himself said, the band had a frontman like no there who not only performed to the top of his abilities, he also orchestrated the entire stadium crowd so they became part of the performance. Truly a one-off, indeed.