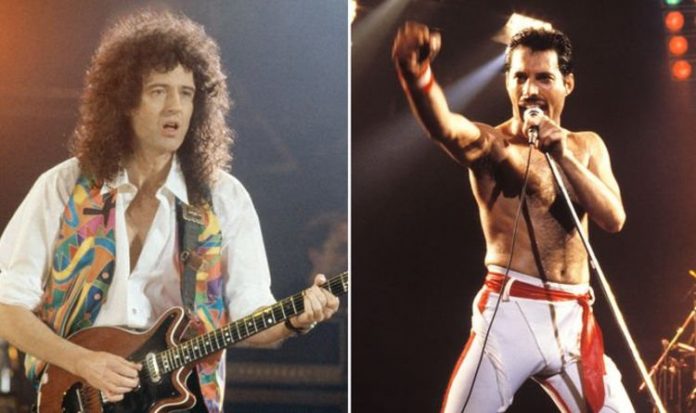 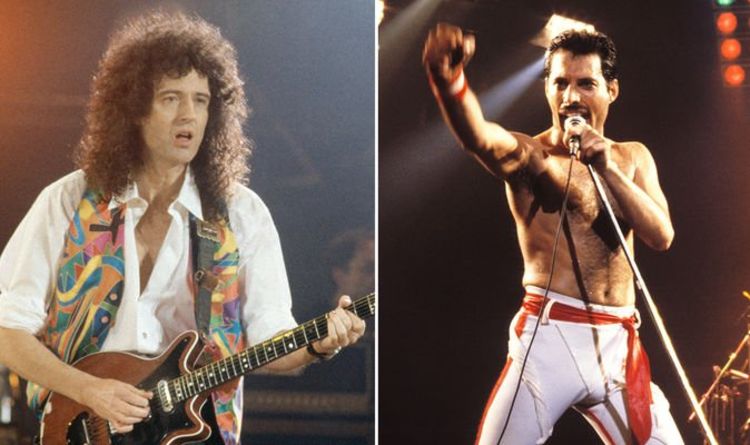 Queen members Brian May, Roger Taylor and John Deacon put on The Freddie Mercury Tribute Concert in April 1992. Stars like David Bowie, Elton John and Robert Plant performed in memory of the singer and to raise awareness of AIDS – the disease that led to his untimely death at just 45. In this week’s episode of Queen The Greatest, it was recounted how Roger called up some fellow rock stars who agreed to the gig and the drummer then told Brian who replied: “Well, if you can get that lot, I’ll go, I’ll come!”

The Freddie Mercury Tribute Concert took place at London’s Wembley Stadium with the first half featuring band’s influenced by Queen like Metallic and Guns N’ Roses.

Then, after the interval, Brian, Roger and John performed Queen hits with a whole host of artists.

First up on vocals was Def Leppard singer Joe Elliott, joined by Slash for a rendition of Tie Your Mother Down.

Joe remembered: “I was the first person to sing with Queen after Fred died. Doing it on stage in front of 80,000 people and a billion people on TV. Holy s***.”

Elliott continued: “He said, ‘Do you realise you were the first person to sing with Queen after Freddie Mercury passed away?’ And I just sat there going, ‘Holy s***, I was wasn’t I?’ Of course, they hadn’t played together since Fred died and I did Tie Your Mother Down. I mean, wow, it is an honour but just as a historical footnote; it’s a great quiz question! Pub quiz here we come, y’know.”

Back in the Queen the Greatest video, Brian said: “The task of finding one person who could do everything that Freddie could do, would have been pretty much impossible. The whole range of Queen songs is considerable. It’s a very, very colourful catalogue with all kinds of different sorts of vocal approaches needed.”

Roger said at the time: “It did bring home the fact that Freddie was so incredibly talented on so many levels and how hard it was for anybody to cover as much ground as Freddie covered. Obviously, losing Freddie has brought it home to us. Y’know, in a big way.

“And many other people that I know, I mean, as time goes on, it becomes more, more of a threat and the threat is growing, I think. I don’t think the awareness is growing. So this seems like, especially for us, a good time to do this.”

The Queen guitarist said at the time: “In a way, the concert is quite important for us because it’s our way of saying goodbye to Freddie as well. And I think we need to do that before our minds can really move on. It’s something which we had in our minds, right from the point where he did die.

“And it’s very hard to think on after that, isn’t it? That’s the only thing I can focus on at this moment is that day. When it’s over, there’s a new world out there in some way.”

On the day, as the evening came to an end, with an audience of 72,000 people and almost 1 billion watching at home, Brian could really feel how much Freddie’s talent impacted people’s lives.

Brian said: “For the first time, I looked out and I thought, ‘Ah, how amazing’ this amount of love got poured out to our friend.”