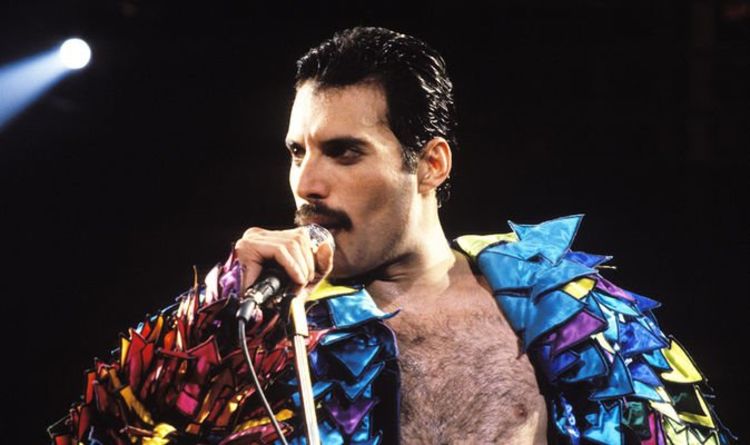 Freddie died thirty years ago today. Just two days before, he had confirmed to the world he was battling HIV and AIDS. Even then, he never discussed being gay.

Despite being one of the greatest entertainers, a born showman, the Queen frontman was also extremely private and, according to those closest to him, very shy. But during his long and extremely high-profile career, he had dealt with constant speculation about his sexuality in publiic and personal heartbreak, and even betrayal, in his personal life.

The star’s long-term PA and personal friend Peter Freestone said: “When Freddie was alive, he didn’t talk about his private life. He never hid himself. He never went out in disguise. When he left Garden Lodge, he accepted he was public property. The nearest to a disguise was dark glasses when he went shopping. When he went to bars, he was just himself.

“He was not ashamed of anything he did or anywhere he went. That was just Freddie.”

So why did he guard his sexuality from the public eye if he wasn’t ashamed?‘

READ MORE: ‘It brought him peace in his final hours’ Freddie Mercury’s final acts by the man by his side

Peter draws comparison even with the most modern of times, like the recent Olympic Games, where Tom Daley’s sexuality was constantly referenced in the press.

Peter added: “Freddie knew as soon as it was out in public that is what would happen. That is what he didn’t want and why he never spoke about it then.”

In his personal life, of course, he never hid his sexuality and he never lied in public. Like with so many other topics in interviews, he deflected away from intimate revelations with quick wit.

Famously asked once if he was gay, he replied, “As a daffodil, dear.”

Costume designer Diana Moseley said: “You didn’t have to ask Freddie if he was gay, he just was. He was just himself and happy and proud to be himself.”

The star, though, was extremely sensitive, as well as shy. He famously said: “I feel I’m walking around with scars all over the place and I just think I couldn’t take another scar.  I get hurt, but I try not to make too much of a show of it.  I’m not a person to hold a grudge.  I just let it go.  It’s not worth it.  I’ve been let down many times, but I just grit my teeth, bite my tongue and say, “F**k ’em!”

Peter described how Freddie’s response to hurt and attacks inspired him.

He said: “Freddie was my employer, Freddie was my friend. Freddie was also my teacher. Amongst the many, many lessons he taught me was that people are gonna do whatever they want. You just let them get on with it. As long as you know the truth, you know the facts, what does it matter?”

Peter also revealed that there is only way that he still chooses to remember his friend: “For me, it’s Freddie laughing, Freddie enjoying himself.

I know tis is 30 years without him but we have to remember what he gave every single one of us… I remember so many more things because I was lucky enough to be there… But for every one of you out there, just think of the music, think of the things he created, think of the joy he has given so many people over the years.”