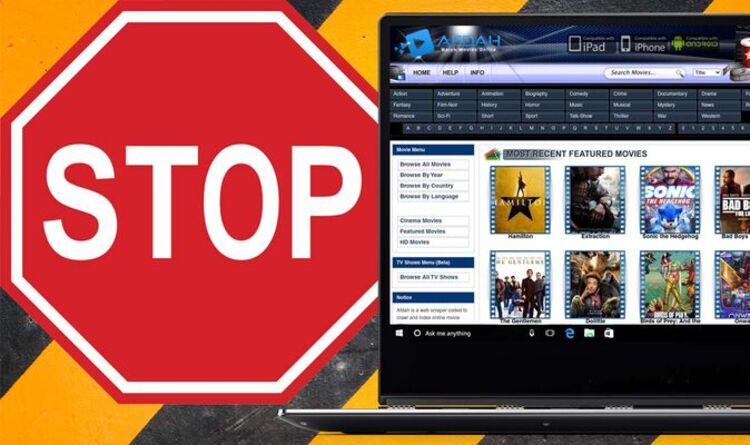 A piracy portal that offered free illegal access to thousands of movies as well as popular TV boxsets has finally been shuttered. Afdah.com was first launched back in 2013, and caught the attention of rights holders as it swiftly built up a library of over 18,000 shows and films for free that would usually cost to rent or buy from legitimate services, like Prime Video and Disney+. The website, which was previously ranked in the top 250 most popular piracy websites in the world, was used by millions of people each month despite the best efforts of law enforcement.

The brutal fight to bring down Afdah began seven years ago, with rights holders launching legal action numerous times to stifle its operations and get the site blocked in regions around the world.

And after years of effort, the biggest blow to Afdah’s operations has just emerged, with TorrentFreak reporting Afdah’s domains have been seized by the Motion Picture Association (MPA).

The MPA is a collective body of Hollywood’s biggest names, including Netflix and Disney, who for years have been involved in getting hundreds of piracy websites blocked.

Earlier this month, Afdah domains were listed online as belonging to the MPA. And if you visit Afdah sites now you will be greeted with a message from the Alliance for Creativity and Entertainment (ACE) – who the MPA are affiliated with – saying the domain is no longer available.

The message says: “This website is no longer available. Due to copyright infringement. Do not put yourself at risk by using or subscribing to illegal streaming services. You will be redirected to alliance4creativity.com”.

Afdah offered illegal free access to a wealth of content, such as exclusive Netflix content including hit action movie Extraction and popular crime series Money Heist. Shows and blockbusters exclusive to streaming app Disney+, like hits such as Hawkeye, Shang-Chi and Hamilton were also available to access illegally on Afdah’s site.

The hammerblow to the piracy portal’s operations comes after rights holders have been trying for years to stifle its illicit services.

Back in 2015 the Motion Picture Association (MPA), who have long led the charge against piracy websites, obtained an injunction from the High Court to get the site blocked in the UK.

In the aftermath of this block more Afdah domains were launched – Afdah.tv and Afdah.to – which once again were blocked in 2018 after legal action in Singapore.

This dynamic injunction was used to block any future Afdah domains in Singapore, but rights holders weren’t done. In 2019, another injunction was filed in Australia to block Afdah and dozens of other pirate sites.

But the biggest blow has just been landed.

Afdah’s domains have been seized by the MPA following a subpoena in the US that compelled Cloudflare to handover information on the individual behind the Afdah domain.

The battle to bring down Afdah took more than seven years, showing age is no obstacle when it comes to what piracy portals rights holders want to put in its crosshairs.

The Afdah takedown comes as another long-running piracy site – PrimeWire – is also facing legal action from the MPA, with rights holders gaining a preliminary injunction against PrimeWire earlier this year.

But PrimeWire is fighting against having its domain seized, going so far as to last month remove all links to pirated materials that were previously listed.

Young adults are hoarding a combined 10 millions photos on their...