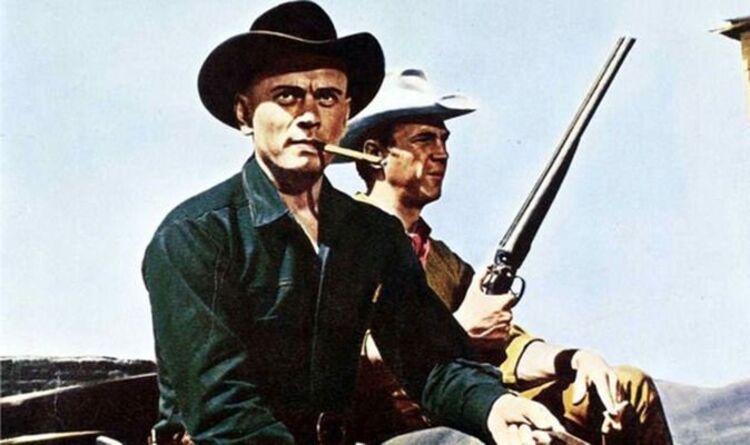 Brynner was the main star and the driving force behind the movie being made. He was also notoriously difficult and his pride was easily provoked. He met his match on The Magnificent Seven in McQueen. The young actor actually owed his presence on set to Brynner – something The King and I star would quickly and bitterly regret.

Brynner liked it to be known that he prepared breakfast in a silk kimono, other stars commented how he was “never far from a mirror” and his on-set demands and dramas were legendary. He even kept his head shaved because he enjoyed the attention and demanded that he was never photographed with another bald man.

There was nothing he hated more than being upstaged and McQueen’s behaviour on set was calculated absolutely on purpose to drive him crazy. And it did. Over and over and again. As well as infuriating the other cast members, it also drove them to start doing the same, leaving director John Sturges in despair that he had “lost control” of the actors.

Brynner liked everyone else to be still and silent when he was speaking his lines so McQueen would remove his hat to shade his eyes or fiddle with his gun, learning to do fancy flourishes. In group scenes, like when the Seven cross a river on horseback, McQueen would lean down to scoop up water with his hat – pulling focus from everyone else.

Brynner eventually shouted: “If you don’t stop that I’m going to take off my hat, and then no one will look at you for the rest of the film.”

The Mongolian star was also notoriously sensitive about his height. When he made Anastasia with Ingrid Bergman, she was over an inch taller in flat feet than his own 5ft 6½in. The Swedish actress politely asked him if he would like to use any props to stand on and he hissed back: “I am not going to play this on a box, I’m going to show the world what a big horse you are.”

McQueen added: “I don’t like people pawing me. ‘Take your hands off me’, I said. What had I got to lose from a little fight? I’ve got a busted nose and teeth missing and stitches in my lips and I’m deaf in the right ear.”

Brynner even hired an assistant with the sole job of monitoring McQueen’s misdemeanours and counting how many times he fidgeted during scenes.

In response, McQueen complained that Brynner’s horse was bigger than his and ridiculed his fancy, ivory-handled gun as a desperate attempt to get attention.

When things got so made that it was being reported in the press, Brynner grandly issued a press statement: “I never feud with actors. I feud with studios.”

The film made McQueen a star but the bad blood with Brynner continued until his dying days., when he was struck down by cancer in 1980.

He called Brynner to thank him, saying: “You coulda had me kicked off the movie when I rattled you but you let me stay and that picture made me, so thanks”.

Brynner apparently told him, “I am the king and you are the rebel prince: every bit as royal and dangerous to cross.”

He forgave McQueen, as had James Cogburn, however the equally bull-headed Charles Bronson never did. Another co-star, The Great Escape’s James Garner was publicly scathing about McQueen’s behaviour – and the reasons for it.

Garner said: “Like Brando, he could be a pain in the a** on the set. Unlike Brando, he wasn’t an actor. He was a movie star, a poser who cultivated the image of a macho man. Steve wasn’t a bad guy. I think he was just insecure.

“You could always see him acting. That’s the kiss of death as far as I’m concerned.”