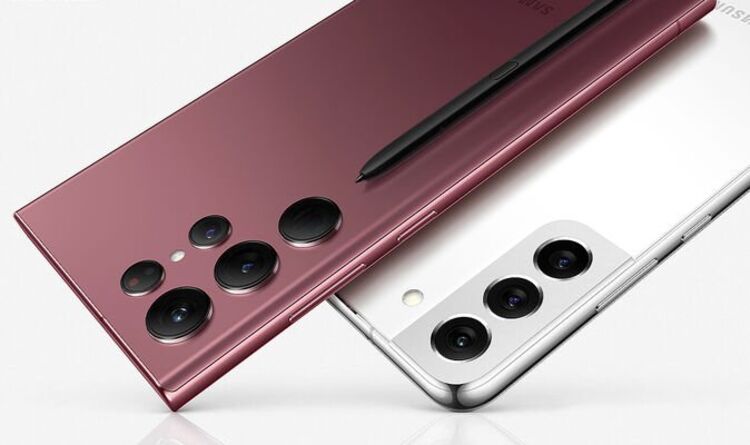 The Galaxy S22 series is here. Announced earlier this month, the Galaxy S22, Galaxy S22+ and Galaxy S22 Ultra are the latest flagship smartphones from Samsung. All three handsets arrive with a faster processor, improved cameras, speedy charging, and a high refresh-rate AMOLED display. The Galaxy S22 lineup lands on store shelves from today, with those who took advantage of the pre-order deals starting to receive their new smartphones in the post too.

If you didn’t pre-order the Galaxy S22, Galaxy S22+ and Galaxy S22 Ultra – don’t worry, you haven’t missed out on all of the amazing offers. If you order one of the handsets in the Galaxy S22 lineup before April 5, you’ll receive a pair of Galaxy Buds Pro. Worth £219, these wireless earbuds pair instantly with the Galaxy S22 lineup and offer active noise-cancellation to cut-out any background noise on the commute.

Better yet, Samsung will also throw-in a one-year subscription to Disney+ for anyone who orders a Galaxy S22, Galaxy S22+ or Galaxy S22 Ultra before April 22, 2022. Worth £79.90, this subscription lets you binge boxsets and blockbusters from Disney Animation, Pixar Studios, National Geographic, as well as the complete Star Wars saga, every entry in the Marvel Cinematic Universe, and all episodes of The Simpsons.

If you order early enough to claim both offers, you’ll walk away with a prize fund worth £298.

Both of these offers are being handled by Samsung, but that doesn’t mean you need to order via the South Korean firm’s online store to claim the freebies. Even those who get their hands on the latest entries in the Galaxy S range by signing up to new contracts with mobile networks, including EE, Three Mobile, Vodafone, and O2, will still be able to claim a complimentary pair of Galaxy Buds Pro and a free Disney+ subscription.

Galaxy S22, Galaxy S22+ and Galaxy S22 Ultra are all powered by the latest Samsung-developed Exynos 2200 chipset, which promises faster performance and better battery life. There’s support for video recording in up to 8K quality (that’s twice as many pixels as you’ll find in your living room telly!) and improved photography in low-light, which should improve Portrait Mode-style pictures taken in dingy bars or late at night.

All of the usual features you’d expect from a flagship handset are present and correct, including a water-resistant design, fast wireless charging, reverse-wireless charging to top-up other gadgets from the back of the phone, and support for speedy download speeds over 5G. The Galaxy S22 Ultra supports faster wired charging than the standard Galaxy S22 model, although neither handset ships with a plug in the box, so you’ll need to order one separately.

MORE LIKE THIS
Best Samsung Galaxy S22 Deals In The UK

Galaxy S22 starts from £769 and arrives with 128GB of built-in storage (there’s no microSD slot to expand the amount of storage available) and 8GB of RAM. For £819, you can upgrade to 256GB of storage with the same 8GB of RAM. The Galaxy S22+, which has a larger screen and battery, starts from £949 for the same storage and memory configuration as the entry-level Galaxy S22, rising to £999 for the 256GB / 8GB option.

Galaxy S22 and S22 Ultra are finally here, and there’s still time to get Disney+ for FREE

BT offers you FREE broadband until 2022 but this ludicrous deal...