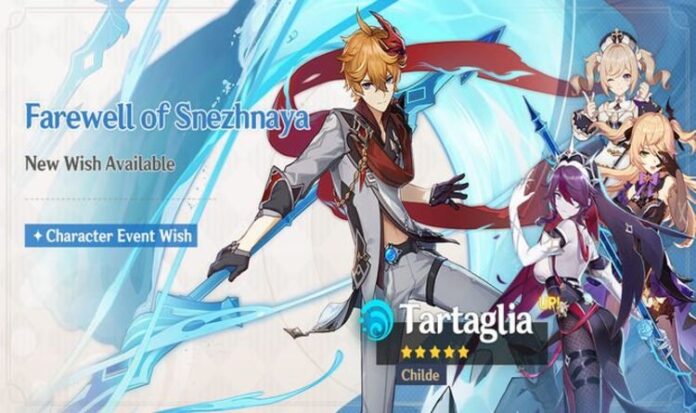 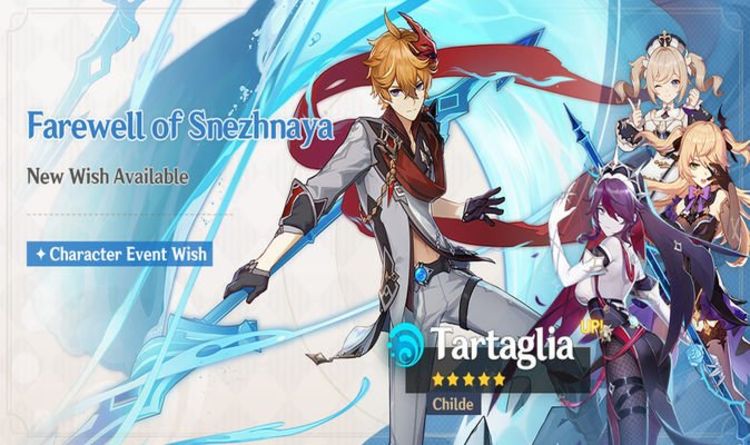 Gamers eager to expand their character list will soon have the chance with the launch of the Genshin Impact Childe Banner.

Confirmed as launching next week, the new Farewell of Snezhnaya event wish will include boosted drop rates and other bonuses.

The big headliner will be the Childe Banner rerun but there will also be boosted rate drops for weapons too.

Mihoyo has confirmed that during this event wish, the 5-star weapons Skyward Harp (Bow) and Lost Prayer to the Sacred Winds (Catalyst) will be easier to unlock, alongside the exclusive 4-star weapon Alley Hunter (Bow) and the 4-star weapons Favonius Sword (Sword), Sacrificial Greatsword (Claymore), Favonius Codex (Catalyst), and Favonius Lance (Polearm).

It all makes for a tasty combo for gamers to enjoy across PS4, PC and Mobile, and it won’t be the only thing drawing fans in.

That’s because next week will also see the release date of Rosaria, a new four-star character that will be part of the Childe Banner.

WHEN DOES THE GENSHIN IMPACT CHILDE BANNER START?

According to Mihoyo, the Genshin Impact Childe Banner has a release date scheduled for Tuesday, April 3 (April 4 for some players due to timezones).

The event includes Rosaria, so gamers can also expect the new Cryo character to be made available on the same day.

“During this wish event, the event-exclusive 5-star character “Childe” Tartaglia (Hydro) will get a huge drop-rate boost.

And these most recent leaks are not being taken lightly by developers MiHoYo, who released a statement regarding how disruptive they can be, telling gamers:

“Recently, we discovered the dissemination of leaked version 1.5. content.

“Such behaviour not only disrupts our plans to develop and promote the new version but also causes some Travelers to have misconceptions about the content of the new version.

“Here, we kindly ask for the support and help of all Travelers to resist leaks and maintain a fair gaming environment. We will also increase our efforts to deal with such illegal disclosures.”

And with so many new and returning content drops currently scheduled to arrive in Genshin Impact during April 2021, there’s little chance of fans losing interest over the coming weeks.