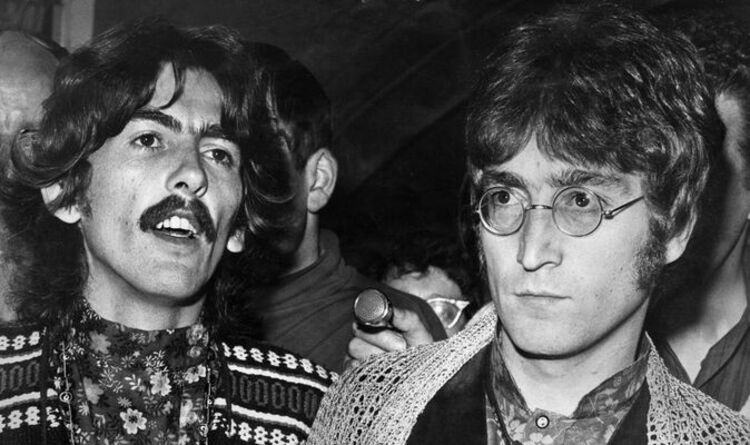 The former member of The Beatles, George Harrison, was a big fan of cinema. And although the I, Me, Mine writer was a peaceful individual, and was a big believer in Hindu spirituality, he was a big fan of the Lethal Weapon franchise. The action-packed series was so enticing to him that he even sought out an opportunity to get involved with the film’s production.

Harrison got involved with Lethal Weapon 2 in 1989, writing the song Cheer Down for it. The track was written by the Beatle in collaboration with American musician Tom Petty. It was featured in the closing credits of the movie which starred Mel Gibson and Danny Glover.

In fact, Gibson was a big Beatles fan himself. And ten years later, in 1999, he was in London working on the score for his new film The Patriot. He was recording the film’s soundtrack at Abbey Road Studios and had learned that Harrison was just upstairs working on his own music.

Gibson was eager to make his acquaintance, so he asked around.

Harrison learned Mel wanted to meet him and dutifully agreed to do so. Before long, Gibson ascended the stairs at Abbey Road Studios and saw Harrison across the room.

He held out his hand and excitedly walked up to the singer… but Harrison was visibly confused. He thought he was about to meet someone else. And when he realised the mistake he blurted out what he really thought.

The Lethal Weapon series went on to release two more films (Lethal Weapon 3 and Lethal Weapon 4), but Harrison was not involved in the soundtracks again. He put a lot of thought into Cheer Down, however, the track he penned for Lethal Weapon 2.

In fact, it has a strong connection with his wife, Olivia Harrison. The saying was apparently something she say to him when he got too excited.

Tom Petty recalled: “Olivia would say that to George when he got a little too happy. He would get a burst of enthusiasm, and she’d say: ‘OK, cheer down, big fellow.'”

Harrison was later involved in the production of a number of films throughout the years, however. He founded the film production and distribution company HandMade Films in 1978.

This company has produced a massive amount of blockbuster hits, including Monty Python’s Life of Brian, Mona Lisa, The Long Good Friday and 127 Hours.