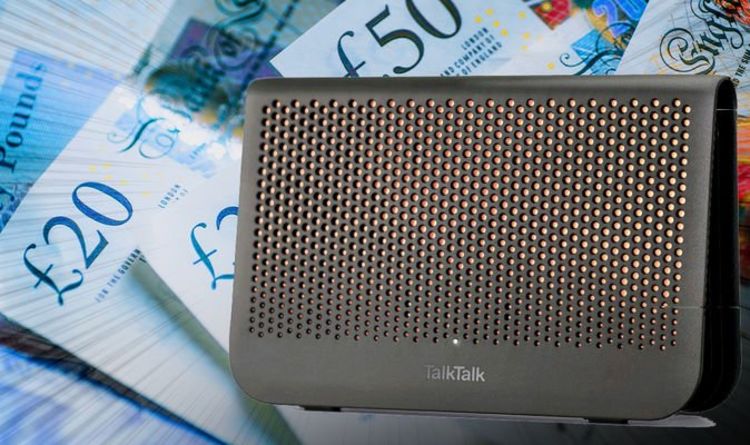 With record-breaking price rises on the horizon for existing broadband customers, there’s never been a better time to switch to a new deal. And luckily, TalkTalk has just launched a competitive new pair of broadband deals that arrive with a free voucher to spend on Amazon, Tesco, M&S, or anywhere that accepts Mastercard, which is basically… everywhere. As if that wasn’t enough, TalkTalk has dropped the price of its Fibre 35 and Fibre 65 deals too – offering an even bigger saving.

TalkTalk has dropped the price of Fibre 35 down to £20 a month – with no upfront payment or set-up fee. For that price, you’ll enjoy average download speeds of around 38Mbps, which is enough to comfortably stream Netflix in High Definition (5Mbps minimum recommended) but might start to struggle if you want to watch 4K Ultra HD (25Mbps required) while other people are streaming music, backing-up their photos, making video calls, or other activities online. Sign-up for the 18-month contract and you’ll be handed a £60 voucher to spend with Amazon, Tesco, M&S, or anywhere that accepts Mastercard. That’s enough to bag one of Amazon’s Eero mesh Wi-Fi gadgets, which can boost coverage of your wireless network throughout the house so you don’t have any dead zones.

Of course, you don’t have to spend the voucher on something broadband-related, you could equally treat yourself to a bumper weekly shop from M&S or Tesco.

If you want faster download speeds, look no further than the TalkTalk Fibre 65 bundle, which increases the average speed to 67Mbps. That costs the same £20 a month as Fibre 35. Of course, when the 18 month contract ends, your bills will cost a little more than those on the Fibre 35 deal, but by that time, you’ll be able to renegotiate new monthly bills or switch providers to the best deal around at the time… so there’s really no reason not to plump for this speedier option.

As well as boasting faster broadband, the TalkTalk Fibre 65 bundle also comes with a more generous voucher too. Buy this bundle and you’ll get an £80 voucher to spend with Amazon, Tesco, M&S or any stores that accept Mastercard. And just like the Fibre 35 deal above, there’s no upfront payment or set-up cost too.

When it comes to other broadband deals that hold a candle to the latest offer from TalkTalk, you have to look pretty far and wide. Plusnet is charging £23.95 a month for the same 66Mbps speeds as the TalkTalk Fibre 65 bundle. Like TalkTalk, it has dropped the set-up fee and includes a £70 voucher. So you’ll get the same speeds for less money each month and a bigger voucher. BT is currently charging £27.99 a month for its slower 50Mbps download speeds.

In fact, the only deal that comes close is Vodafone’s Big Winter sale, which sees its slightly speedier 73Mbps broadband plan drop to £20 a month. Like TalkTalk, there’s no upfront cost. But unfortunately, there’s no free voucher to spend at Amazon or M&S either (if you want a buffer-free connection at home, Vodafone is offering 100Mbps connection – that’s around 30Mbps faster than the average broadband speed in the UK – for only £3 more each month).

TalkTalk’s current batch of deals will end January 26, 2022. So, if you want to secure one of these incredible discounts, you’ll need to act quickly.

EE, Vodafone, O2 and Three customers could be tempted by rival’s...

Best portable power bank chargers for charging on the go