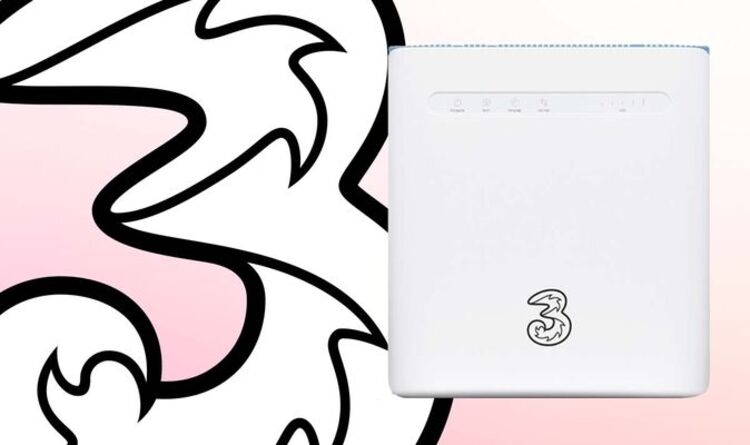 If you’re looking for broadband at a bargain price, you’ll want to head to Three Mobile’s website. While the brand is better known for its SIM deals, it offers a range of home broadband packages with prices starting as low as £10 a month. You’ll be hard pressed to find broadband available at a cheaper price than this – honestly, check out this in-depth guide to the best broadband deals to make sure yourself. Better still, you won’t need to worry about any setup fees or an engineer visit to install a new landline when you opt for Three.

That’s because Three Mobile’s broadband packages are based on its mobile network, with Wi-Fi routers powered by its existing 4G and 5G networks – the same used by your iPhone or Android phone. The benefit of this approach is that you won’t need to worry about organising an engineer visit to your house to help set-up your new broadband.

Once you get your new Wi-Fi router is delivered (Three Mobile can deliver these next-day – perfect if you need a new broadband connection with short notice), it’s a simple case of plug-and-play. Without a hardwired cable running into the Wi-Fi router, it means you’ll be able to move the Three Mobile hub around you home whenever you choose. For example, if you’re hosting a BBQ and the Wi-Fi signal is a little patchy at the end of the garden, you can unplug the Wi-Fi router and take it outside without to boost signal for your guests.

The cheapest home broadband packages available with Three Mobile are powered by the (slightly slower) 4G mobile network. These are called the Three Mobile 4G Hub and 4G Plus Hub.

Three Mobile says these 4G hubs offer typical download speeds of between 50Mbps and 100Mbps. That’s roughly in line with the average home broadband speeds available nationwide. It should be more than enough for web browsing, streaming a boxset from Netflix, and accessing social media across multiple devices.

If you want faster download speeds, Three Mobile has also slashed the price of its 5G Hub, which they say is meant for “heavier streaming”. This is available for £11 a month for the first six months, after which it’ll be £22 a month for the remainder of the contract.

Elsewhere, Three is also offering another deal on its 5G home broadband hub which throws in a Samsung Chromebook 4+ laptop. This laptop is currently available from AO.com for £349. But the bundle with Three’s 5G broadband costs £30 a month. That’s just £8 a month more than the broadband’s usual cost to get a shiny new laptop thrown in as well.

Get broadband for just £10, thanks to the latest HUGE price cut from Three